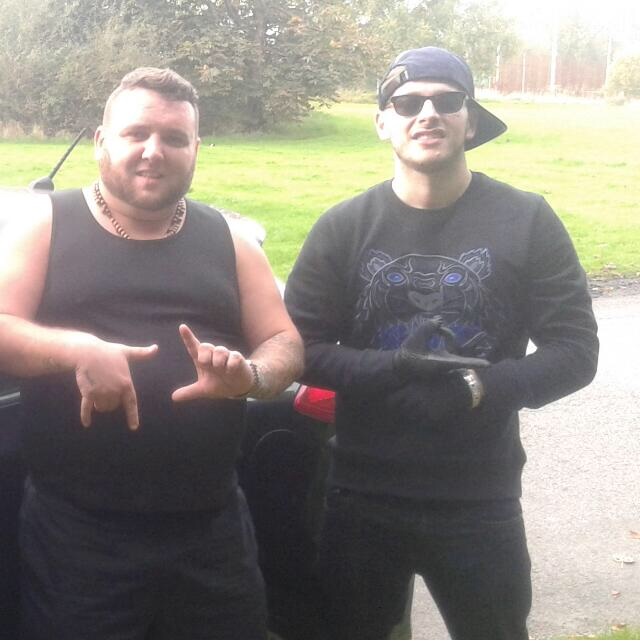 A gang of six men have been jailed for more than 100 years for conspiring to shoot a rival gang.

Patrick McCann, Harry Allen, Kane Morrison and Anthony Smith all pleaded guilty to conspiring to possess a firearm with intent to endanger life.

Marc Murray and John Kennedy were convicted by a jury of the same offence.

Manchester Crown Court  heard how the group fired shots between in six days in October 2015 at several addresses as part of ongoing feud with another organised crime group.

The catalyst for the shootings was when their rivals’, who were jailed earlier this year for conspiracy offences, fired a shotgun at Morrison’s home address seriously injuring a family member on 10th October.

In retaliation, Morrison, McCann, Allen, Murray, Smith and Kennedy met later that day at Boggart Hole Clough where they were in a possession of a handgun and planned the events that unfolded that evening.

At 10.05pm Morrison and Allen went to an address in Farnworth on a moped before Morrison shot at the home whilst a couple were watching television.

Just over an hour later the same handgun was used to fire at a property in Little Hulton. Thankfully, in both incidents no one was injured.

Officers from GMP’s Major Incident Team uncovered the men’s involvement and trawled through CCTV and phone records to establish their roles in the shootings. They received commendations from the judge for the detailed and thorough investigation.

The men were all convicted at a previous hearing and were sentenced to the following on Monday and Tuesday (9 and 10 October 2017).

Marc Murray aged 32 of HMP Manchester received 25 years and will have to serve at least 20 before being eligible for parole.

Harry Allen also aged 44, of HMP Lancaster Farms received 16 years and 11 months including possession of a phone in prison and malicious communication.

Anthony Smith aged 24of Cannon Street in Bolton was sentenced to 14 years and three months.

In total they received 107 years and four months in prison.

Superintendent Mark Kenny, from GMP’s Salford borough, said: “The group and their victims were known to each other and had been involved in ongoing disputes.

“They were seen as rivals by Murray and his friends and the events that followed the initial attack on 5 October 2015 included more shootings orchestrated by the defendants.

“Bravado, status and revenge fuelled these continued attacks which could have quite easily killed people.

“This was a complex investigation by officers who worked closely with the Crown Prosecution Service and Salford City Council. I hope this case shows just how seriously we take gun crime in Salford and Greater Manchester.”

Ben Southam, Deputy Head of the CPS North West Complex Casework Unit said: “This was a complex case involving the analysis of very detailed evidence gathered by the police. By analysing mobile phone data and CCTV evidence police and CPS have been able to piece together the movements of each of these defendants during the time that these shootings happened. We have been able to prove that they were all involved in the handling, possession and firing of the gun that was used and they have each been jailed today for their involvement.

“It is very fortunate that no-one was killed or more seriously injured in these incidents. The use of firearms for settling feuds is completely unacceptable and puts innocent members of the public at risk. We will continue to work closely with Greater Manchester Police to tackle firearms offences in Greater Manchester and to bring to justice those who use and possess guns.”

Councillor David Lancaster, lead member for environment and community safety at Salford City Council, praised the work of Project Gulf and GMP’s Major Incident Team, the partnership between Salford City Council, GMP and other agencies, to tackle organised and serious crime and gangs, in securing these convictions.

He said: “These were dangerous, reckless men and only good luck prevented innocent people being caught up in their feud and seriously injured. We don’t want to see this on the streets of Salford and we will continue to work closely with GMP and all partners across the City to ensure the safety of residents’.