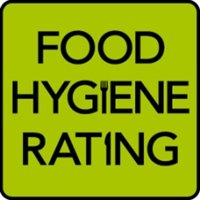 A café at a Manchester car auction centre has been fined more than £30,000 after an inspection found violations of food safety rules and evidence of a mouse infestation.

Expedier Catering Ltd, who run catering facilities at the British Car Auctions, on Redgate Lane in Ardwick, appeared at Manchester Magistrates’ Court on 5 October when  The company pleaded guilty to two offences under the Food Safety and Hygiene Regulation 2013.

The inspection revealed evidence of mouse activity and inadequate cleaning of food preparation and serving areas.

Mouse faeces were found in the servery areas, in the tea bar and main kitchen area – both under and at the rear of equipment and along the floor as well as wall junctions. A dead mouse was found on a trap in a food service area.

Surfaces under and to the rear of equipment such as the ovens and fridges were found to harbour food debris.

The company agreed to voluntarily close the food business until such time as the infestation was under control and the cleaning standards and food safety practices were improved.

The food premises was not allowed to reopen until 1 August 2017, when officers were satisfied that the pest infestation was under control and that improved food safety practices and procedures were in place.

The Company has since improved standards and currently has a level 5 Food Hygiene rating.