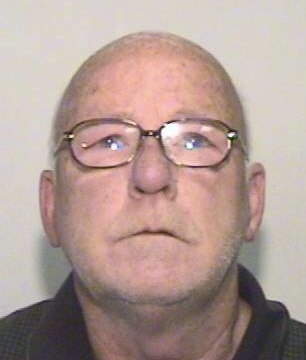 A football coach who ‘rewarded’ his young players’ man of the match performances by sexually abusing them, has been jailed for five and a half  years

He has been ordered to sign the sex offenders’ register for life and will also be subject to a lifetime sexual harm prevention order.

Hallworth was the coach of a youth football team in the Clayton area of Manchester in the 1980s when he abused players on his team.

Youngsters who had earned the ‘Man of the Match’ award for the previous week’s game were invited to train with older age groups of the club at a training complex in Blackley.

Typically, Hallworth would collect the boys from their homes in his Austin Princess car before heading to the site, where they’d get one-to-one coaching with him.

But after training, Hallworth would encourage the boys to remove their clothes under the pretext of giving them a sports massage, before sexually abusing them.

After his arrest and during subsequent police interviews, he continually denied the accusations.

Detective Constable Joanne Tinsley of GMP’s Major Incident Team said: “Hallworth preyed on these young boys’ aspirations in order to separate them from their peers and sexually abuse them.

“Understandably, they were excited to train with older members of the club and be rewarded for their hard work on the field with one-to-one coaching.

“But the sessions were a cover for Hallworth’s deviancy. He engineered a situation where he could be alone with his victims and subject them to sexual abuse.

“He has refused to admit his guilt throughout the court process, forcing his victims to recount their ordeals.

“Their bravery in coming forward to police means a dangerous and calculating sexual predator is now behind bars.”