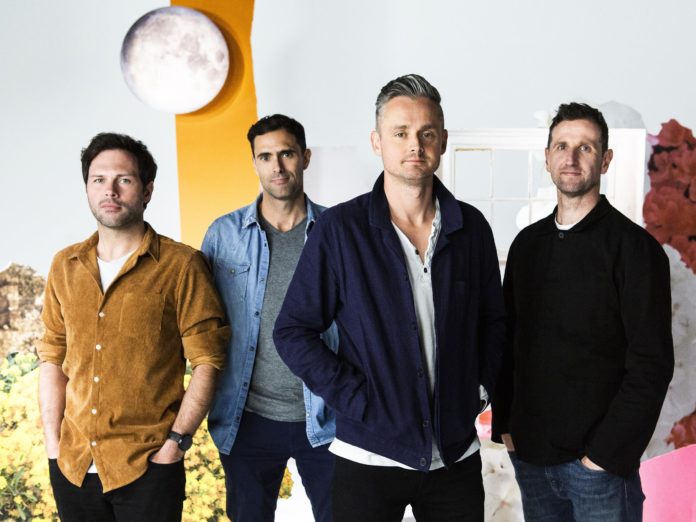 After 7 years in the cold, KEANE play the O2 Apollo Manchester to remind Manchester of what the music world has been missing. Read their review of a triumphant return…

Following the breakdown of his marriage Tim Rice-Oxley sat down and poured his heart out in the only way he knows best – at the keyboard. He decided to share the result with bandmates Tom Chaplin (lead vocals), Richard Hughes (drums) and Jesse Quin (bass guitar) despite a hiatus with no set return date in the calendar. Such personal material needed to be handled by the right people and it was time to get the band back together again…

The new album has garnered a lot of positive reviews and attention, and tonight the band sound as fresh as ever. And the energy of the band has probably gone up a couples of notches since the last time I saw them in 2006.

Originally, the band set up as a three-piece with just drums, keyboard and vocals. These days they’re also accompanied by a bass guitar but it takes nothing away from the original sound they had harnessed and lead single from the new album Cause and Effect, The Way I Feel, proves this as it booms from the speakers to good effect. It was well received with the crowd lapping up the new material. Love Too Much is another standout moment of the night – Keane are back and on good form.

The older songs don’t lose their magic but neither do the older vocal chords of Tom Chaplin. Yes he still looks a bit like a choir boy, now with grey in his hair, but his talent has not waned one bit. Encouraging the folks in their seats to rise to their feet, and they were going to anyway with a performance like this. We’re all in awe of him, Bend and Break is such a good song.

Tlhe new album sounds great alongside the classics. Keane are a bit like a Richard Curtis film. By now you know what you’re going to get. They are punctual, polite and execute it all exceptionally well. The audience sit and applaud at the right time, and everybody leaves happy at the end of it. But it is so much more than just that. There’s a lot of heart in these songs and in the performances before you.

It’s an awfully nice space to lose yourself within for the night. Sometimes we need a bit of that. You can’t grumble at something that works as it should.

With songs like Everybody’s Changing, Crystal Ball and Spiraling, there is more reason to dance. They can belt out a good tune to accompany these fine vocals, with Chaplin dancing from one side of the stage to the other and managing to hit every note without fail.

It’s not all as straight-forward as that though and Bad Dream is a timely reminder of this. A song which should have taken them above and beyond with the likes of Coldplay, in my opinion. A song that deals with regret and mourning the loss of a loved one – I forgot how dark these nice boys can be. Accompanied by a haunting black & white video playing on the big screen behind them; of gas masked dancers in a 1930s dance hall. It is disturbing and beautiful at the same time. Challenging but rewarding. These are qualities Keane should continue to refine going forward. On the back of his divorce Rice-Oxley has had plenty of material to inspire his writing for this new album of songs.

Maybe there are darker places to go in the future. We’ll be here waiting patiently to hear them.

Cause and Effect is out now!