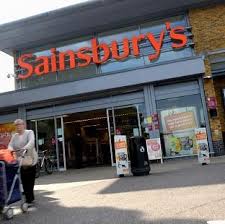 Police are investigating after an armed robbery at a supermarket in Prestwich last night.

Two offenders entered the Sainsbury store on Bury New Road just before 11.00pm and threatened three members of staff who were stood near the kiosk area.

The staff members were told to crouch on the ground before one of the offenders demanded that somebody open the till or else he would shoot them.

Once the till was opened, the two began stealing cash before one of them climbed over the counter and started clearing out the cigarette display.

The pair left the store a short time later and thankfully nobody was injured during the incident.

The offenders are described as two white males, one of which was wearing a clown mask and the other had his hood up and tightened to cover his face.

The offender wearing the clown mask was also wearing light khaki/cream shorts and a grey hoody. He was carrying something that was wrapped in a black plastic bag.

The other was wearing a black hooded top and jeans with a black shirt.

Although threats were made to shoot were made, there has not been any confirmed sighting of a firearm.

Detective Sergeant Laurence Dixon, of GMP’s Bury Borough, said: “We are keen to speak to anyone who may have any information regarding the robbery that happened at Sainsbury’s on Bury New Road last night.

“The incident left the members of staff present fearing for their lives which is something nobody should have to face when they come into work.

“If you think you may have any information that can assist our investigation then I would urge you to please contact police.”