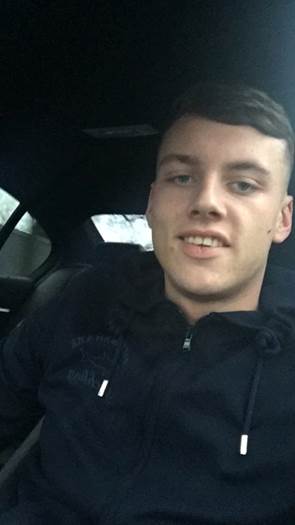 Twenty one year old Bradley Ward who has no fixed address but has links to Moston and Blackley, is wanted in connection with a kidnapping in Miles Platting in October 2016.

He is also wanted in connection with a stabbing in Newton Heath in August 2017 where a man was also threatened with a firearm.

Detective Constable Adam Cronshaw, from GMP’s Critical Wanted team, said: “We have been doing everything we can to hunt down Ward but despite our best efforts we have been unable to locate him so far.

“He knows he is wanted and is actively avoiding being arrested and we are hoping with new images of him and a £10,000 reward someone will come forward with information about his whereabouts.

“Ward is potentially dangerous and I would urge anyone who sees him not to approach him. Instead, contact police immediately on the numbers below.

“Have a look at the pictures and if you believe you have any information about him, no matter how small, then call us.

“I also want to stress it is a criminal offence to harbour a wanted person and anyone who is housing Ward, or is purposely withholding information about him, could potentially face prosecution.

“To anyone who knows anything about Ward’s location, I would ask you to do the right thing and call us.”

Alternatively, details can be passed on anonymously to the independent charity Crimestoppers on 0800 555 111.