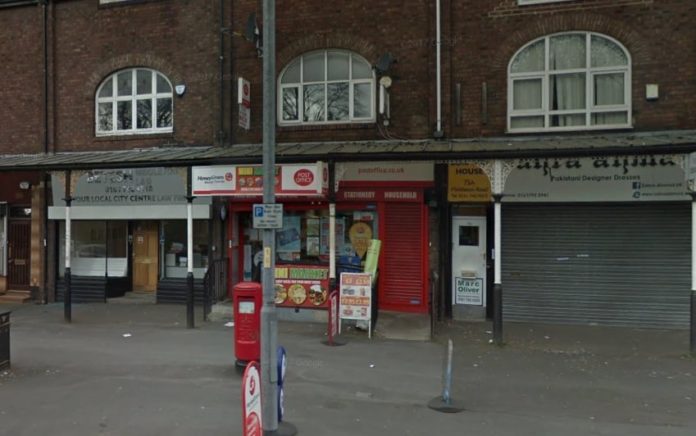 Police have released details of an armed robbery at the Post Office on Middleton Road in Crumpsall this morning.

The incident happened around 9.45 when a Post Office van pulled up outside the store and as the driver got out of the van, he was confronted by two men who were wearing overalls and high-visibility jackets, and armed with a machete and firearm.

The men made off with a quantity of cash and fled the scene in a light blue Ford Focus, which is still outstanding.No one was injured but the driver was left understandably shaken.

Inspector Jonathan Shilvock, of GMP’s City of Manchester division, said: “The victim and witnesses were left extremely shocked by this incident, and the people responsible clearly have no regard for the public’s safety.