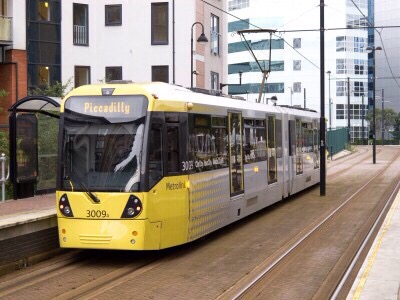 Servicemen and women will be able to travel for free on Metrolink in future after tram bosses joined a national scheme which recognises the military’s contribution to the nation.
Timed to mark this year’s Armed Forces Day celebrations on Saturday (25 June), Metrolink will offer free travel to any in-uniform service personnel or reservist by them simply presenting their military pass.

Metrolink – which has had a tram named ‘Lancashire Fusiliers’ in its fleet since 2006 and annually supports the British Legion’s poppy appeal – has traditionally offered free travel to service people on Armed Forces Day but the new arrangement means it will now be available on trams every day from 25 June.

On Armed Forces Day itself, the free travel offer on Metrolink includes veterans, who should show their Veteran’s badge and ID card.

Councillor Andrew Fender, Chair of the Transport for Greater Manchester Committee, said: “There are a number of poignant military anniversaries this year, all of which underline the debt the nation has to our Armed Forces, so it was right that Metrolink should join other transport bodies in offering this small token of our appreciation.”

TfGM Chief Executive, Dr Jon Lamonte, a former Air Vice-Marshal in the Royal Air Force, said: “We are always proud to support our Armed Forces and I’m personally delighted that we are able to show this by putting our name to a national agreement which commits us to showing that in a comprehensive way.

“This covenant pledges us to a range of actions we will take to demonstrate how we will be a Forces-friendly organisation. I hope our example will be followed by other transport providers too.”

He added: “Taking the tram is an ideal way for anyone, not just our servicemen and women and veterans, to enjoy the planned city centre events for Armed Forces Day.”

Armed Forces Day events for Greater Manchester will be taking place in St Peter’s Square, where Metrolink’s new-look stop is expected to open later this summer.