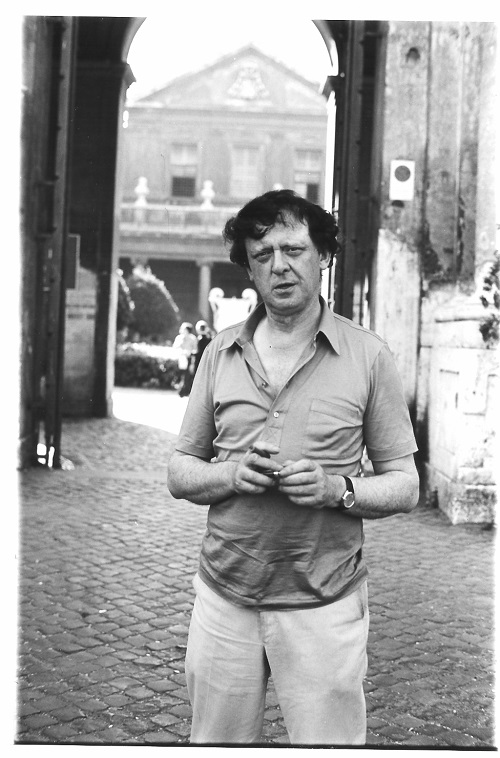 When Burgess, author of A Clockwork Orange, moved to Malta in 1968, he discovered an ultra-religious society where books, films and newspapers were subject to strict censorship. Shortly after he arrived, customs officers confiscated and destroyed 47 books from his private library.

Burgess responded to the book-burners in a remarkable public lecture, OBSCENITY & THE ARTS, a passionate defence of free speech and a denunciation of the repressive climate of censorship.

Andrew Biswell said: “I am delighted that OBSCENITY & THE ARTS has been made available to an international readership for the first time. This really is a book to treasure, as Burgess’s inflammatory lecture is accompanied by new artworks by the designer Adam Griffiths. New readers will find plenty to think about and argue with in Burgess’s vision of artistic freedom.”

This new edition affirms Burgess’s belief in the power and sanctity of the written word. When the text of the lecture was published as a pamphlet in Valletta in 1973, the Maltese government responded by confiscating Burgess’s house on the island. Burgess moved, first to Italy, then to the United States and Monaco before returning to the UK where he died in 1993.

Obscenity & the Arts features a lively riposte to Burgess’s lecture by Germaine Greer, an introduction by Professor Biswell, and an interview with Burgess by writer Marie Benoit.

The book includes a wealth of new material from the archives at the Burgess Foundation, including previously unseen photographs by Anthony Burgess and his wife Liana, and an original piece of piano music composed by Burgess in Malta.

What Is It like To Play Live Roulette Online?