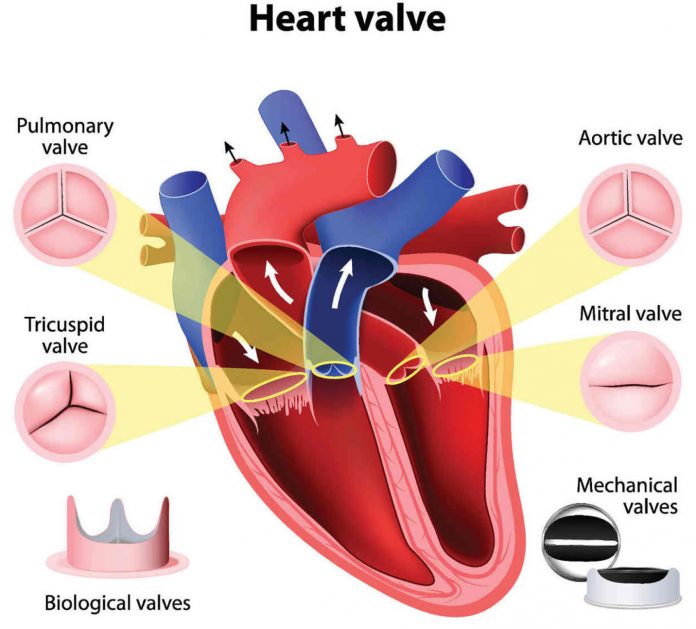 A new survey across the UK of over 60s indicates that low levels of awareness of heart valve disease may prevent elderly people from seeking diagnosis and treatment. The results from the survey, published inClinical Research in Cardiology, coincide with the first ever European Heart Valve Disease Awareness Day taking place in six countries on 8 September 2018.

The campaign calls for action to improve awareness, early diagnosis and treatment across Europe. Heart Valve Voice, a UK charity, will support the first awareness day with a series of patient and physician led activities.

Strikingly, only 1% of respondents over 60 in Manchester said that heart valve disease was a condition that gives them significant concern compared to other illnesses such as cancer (26.8%) or Alzheimer´s disease (18.6%). This is despite the annual mortality of severe aortic stenosis being considerably higher than most cancers, with less people surviving after 5 years.4,If severe aortic stenosis is left untreated, half of patients will die within 2 years of developing symptoms.

“Treating heart valve disease can return people to a good quality of life, so it is extremely important to educate and inform people about the condition and also highlight the urgent need for clinicians to utilise their clinical skills and use diagnostic aids such as a stethoscope and an echocardiogram to confirm or refute the diagnosis.”

Heart valve disease can rapidly affect the pumping action of blood around the body. Symptoms of heart valve disease include chest pain, fatigue, shortness of breath, difficulty exercising, dizziness, fainting and it can lead to sudden death.However, many patients do not suffer severe or visible symptoms, or put their symptoms down to the natural ageing process, making diagnosis difficult.

Heart valve disease is common and it is treatable. A doctor can simply and easily use a stethoscope to listen for a characteristic heart ‘murmur’ which is usually the first indication of a problem with the heart valves. The primary treatment is heart valve replacement, either via open-heart surgery or a minimally invasive procedure called Transcatheter Aortic Valve Implantation (TAVI). Treatment can alleviate symptoms, prolong a patient’s life span and improve health and quality of life.

“As a heart valve disease patient who underwent minimally invasive surgery and who’s quality of life has improved as a result, I am pleased that the first European Heart Valve Disease Awareness Day is calling for greater education and diagnosis of the condition”, said Pat Khan, Heart Valve Voice Patient Ambassador. “Had I been diagnosed with a stethoscope earlier and, as a result, treated sooner, I would never have experienced alarming symptoms which prevented me from living to my life to its fullest.”

The UK has the lowest self-reported rates of stethoscope use compared to other countries in Europe. In France, 79% of respondents receive these important stethoscope checks at every GP visit, the highest in Europe, and over a third (31.5%) received these in Ireland, compared to only 7% in the UK. In Manchester more over 60s (81.4%) reported that their doctors rarely or never checked their heart with a stethoscope compared to Liverpool (73.9%).

In the UK women are less likely to receive regular stethoscope checks compared to their male counter parts with 28% never being checked compared to a fifth (19.7%) of men, putting women more at risk of receiving a late diagnosis.

“The first ever European Heart Valve Disease Awareness Day marks a great milestone in the efforts to raise awareness of heart valve disease and the need for better diagnosis, treatment and management in the UK and across Europe. The theme of the day is ‘Power of Positive Ageing’ which highlights that patients of any age can gain an improved quality of life through treatment,” commented Wil Woan, Chief Executive Officer, Heart Valve Voice.

“Heart Valve Voice will celebrate by hosting a live patient and physician led event and an online tweet chat with renowned physicians, using the hashtag #heartvalveday to discuss the importance of improving the understanding of heart valve conditions and early diagnosis”