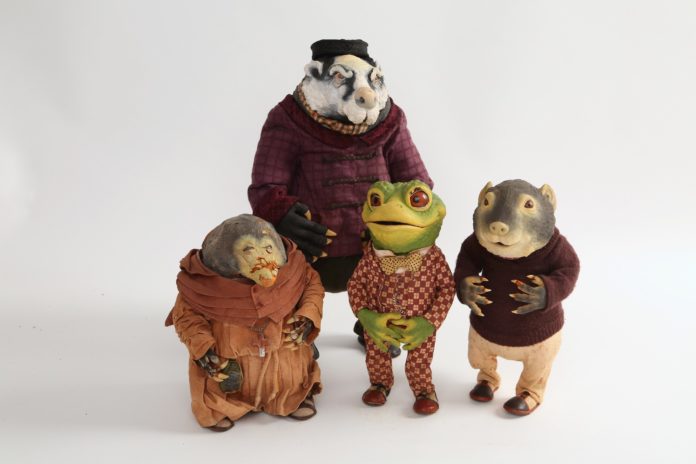 Materials In Motion is a two-day symposium, delivered by CIT and Manchester Animation Festival, that brings a roster of international, award-winning speakers to Waterside, including speakers from the Academy of Motion Picture Arts & Sciences and the renowned Annecy Animation Festival prize-winners to explore how animation archives can be saved for future generations. It runs from Friday 1 – Saturday 2 November.

The event features masterclass talks and in-conversation discussions with each speaker giving insights into their work and inspirations during what’s sure to be a fascinating afternoon.

Also at Puppet Masters, which is supported by Arts Council England, CIT features previews of newly commissioned works in progress from three emerging animation projects supported by CIT, as well as screenings of animated short films from all over the UK.

Waterside is home to the Cosgrove Hall Films Archive and in the build up to a new exhibition, there is a sneak peak of rarely seen puppets and props from The Wind In The Willows (1984 – 88), which has been donated to the archive earlier in 2019 after being thought lost for several decades.

The Cosgrove Hall: Frame By Frame exhibition runs from Thursday 14 November 2019 to Saturday 4 January 2020 and takes audiences right back to the basics of animation detailing the processes behind some of the best loved children’s animation. The exhibition breaks down the most complex Cosgrove Hall series, such as The Wind in the Willows, looking at the finer details of production, with original puppets, costumes, production material and inside stories. The exhibition focuses on stop motion production and techniques, inspiring a new generation of animators to draw inspiration from Cosgrove Hall classics.

The animation programme takes place at Waterside in Sale on Fri 1 & Sat 2 Nov.

Tickets and further information can be booked at watersidearts.org/animation or on