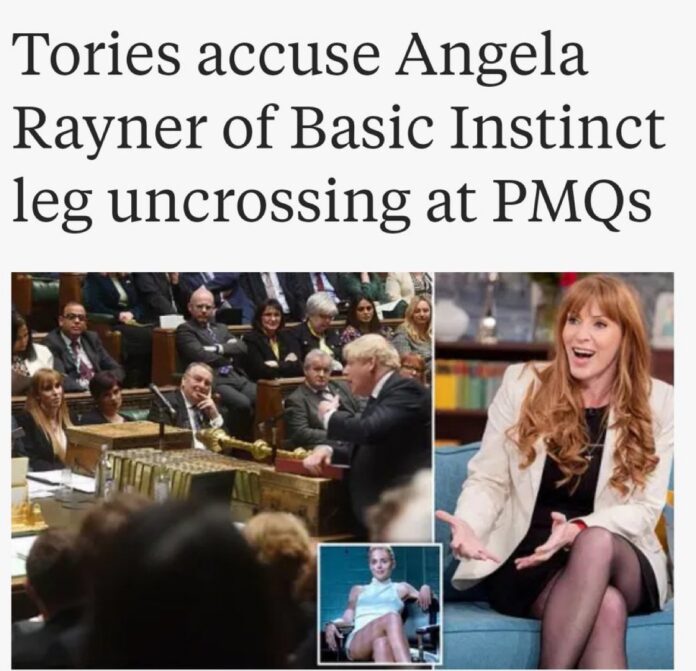 Angela Rayner has accused Boris Johnson’s cheerleaders of having resorted to spreading desperate, perverted smears in their doomed attempts to save his skin.

Her comments follow a story in the Mail of Sunday in which the Deputy Labour leader and Greater Manchester MP has been stand accused of a “ploy” to “distract” the Prime Minister “by being a woman, having legs and wearing clothes.

“Women in politics face sexism and misogyny every day – and I’m no different.This morning’s is the latest dose of gutter journalism courtesy of the paper

“I won’t be letting their vile lies deter me. Their attempts to harass and intimidate me will fail. I’ve been open about how I’ve had to struggle to get where I am today. I’m proud of my background, I’m proud of who I am and where I’m from – but it’s taken time.

“I hope this experience doesn’t put off a single person like me, with a background like mine from aspiring to participate in public life. That would break my heart. We need more people in politics with backgrounds like mine – and fewer as a hobby to help their mates.

“Thank you to so many of you for your messages of solidarity and support. For calling this out for what it is. You are making a stand in the name of decency – against those who would further coarsen, cheapen and debase our politics to benefit their own interests. We all deserve so much better.”

In response the Prime Minister tweeted

As much as I disagree with Angela Rayner on almost every political issue I respect her as a parliamentarian and deplore the misogyny directed at her anonymously today,