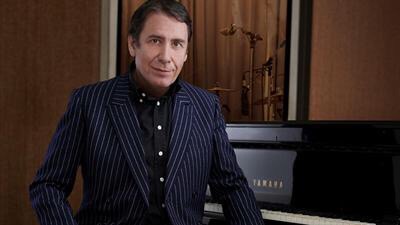 Jools Holland will return to Wigan this summer for the launch of the 2017 Wigan International Jazz Festival!
The festival, organised by Wigan Jazz Club and Inspiring Healthy Lifestyles in partnership with Wigan Council, will run from Thursday’s opening night on 6th July until Sunday 9th July, with an exciting range of events to be confirmed.

The music maestro played to a packed out audience in Wigan back in 2014, with his return welcomed by festival organiser, Ian Darrington who expects another quick sell-out.

“Tickets sold out at incredible speed last time, so I’d encourage fans to book their tickets quickly again for such a popular act.We’re delighted that Jools Holland and his guests are coming back to Wigan for what promises to be another weekend of top class live entertainment.”

“To welcome back a world renowned act like Jools Holland is a real indication of the calibre of entertainment being attracted to the Borough.The Wigan International Jazz Festival is an excellent event in our calendar year-after-year, so to kick it off in this way again will certainly be a crowd pleaser.”

Public railways would be better value for commuters, says TUC