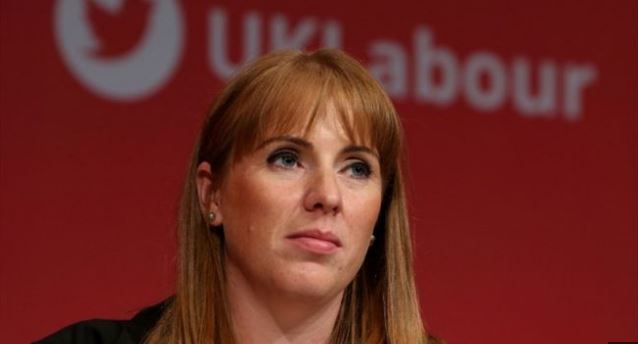 Greater Manchester MP Angela Rayner has announced that she will be standing to become the next Deputy leader of the Labour Party.

In a speech in Stockport where she was brought up she says the party is in the worst crisis in it’s history and its traditional coalition of voters is “broken.” “The next 5 years will be the fight of our lives” she told the audience.

She chose the Bridgehall Community Centre in Stockport for the launch of her campaign. She lived on this estate when she had her first child and has chosen to come back to the centre she used as a new mum to set out her vision for how Labour can rebuild.

In a powerful speech, Rayner said:

“When I first spoke from the front bench…the Parliamentary sketchwriter said I must have got lost from the set of Little Britain. It was another way of saying I don’t know my place….I know the place I came from and it’s here. Not so much Little Britain as real Britain.”

She said Labour needed to find a “new kind of coalition” to regain power, and needed to “win back” former supporters who had deserted the party.
She said Mr Corbyn’s leadership had been a factor in the party’s poor performance, but also blamed the election strategy, saying its list of target seats had proved to be “wide of the mark”.

“Seats where we suffered catastrophic defeats were seen as secure, while we tried to fight ‘target’ seats we had effectively already lost. It cannot happen again.”

She also confirmed she would be backing Rebecca Long Bailey, her Shadow Cabinet colleague and flatmate, in her quest to succeed Jeremy Corbyn as Labour leader.

She told supporters: “I will be quite straightforward: I will be voting for my friend Rebecca Long Bailey if she stands for the leadership.

“But our collective leadership must go far wider than simply who is elected to these positions. It is why I want us to have an honest, but friendly, conversation with each other. And at the end of it, a united party that starts winning elections for us all.”