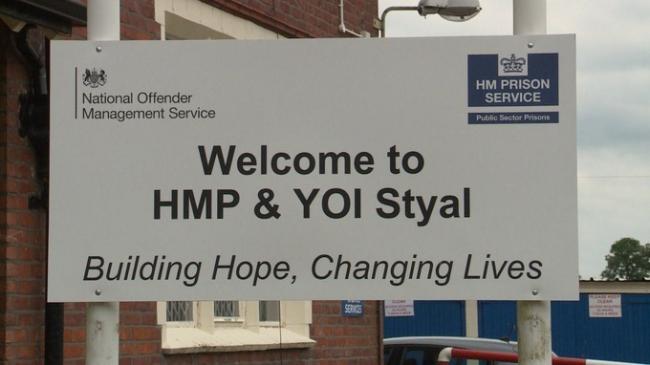 A woman prisoner gave birth to a still-born baby in shocking circumstances in a
prison toilet, without specialist medical assistance or pain relief, an investigation by
the Prisons and Probation Ombudsman (PPO) has found.

The 30-year-old mother now identified as Louise Powell did not know she was pregnant and did not believe she could be.

The PPO investigation report found that fellow prisoners and staff had no
suspicion that she was pregnant before she gave birth in an emergency on the
evening of 18 June 2020 at HMP&YOI Styal in Cheshire.

Her roommate, a mother of four herself, only recognised possible signs that she was pregnant in the hours before giving birth.

The Ombudsman said that she was satisfied that prison staff did not miss any
obvious signs that Ms B was pregnant during her three and a half months at Styal,
but that there were missed opportunities to identify that Ms B needed urgent clinical
attention in the hours before she gave birth.

The woman, who was in prison for the first time, gave birth to a baby girl – possibly
at the stage of 27-31 weeks of gestation – in the toilet of her houseblock.

Sue McAllister, PPO, said the woman suffered a “terrifying, painful and traumatic
experience” and her roommate and prison staff present were also profoundly
affected. “Even at a distance this is a deeply sad and distressing case,” Sue
McAllister said.

The investigation found that a prison supervising officer (SO) made three calls to the
duty nurse, raising concerns about Ms B, during a period of two hours from shortly
before 7pm on 18 June.

The nurse, without seeing Ms B and with inadequate reference to her medical file, concluded incorrectly that she was bleeding and suffering severe stomach pain as a result of a painful period. The nurse did not go to see Ms B.

Sue McAllister’s report said: “We do not consider that (the nurse) should have
concluded from the information provided by (the SO) that Ms B’s situation was a
maternity emergency. However, acute abdominal pain can have a variety of causes,
some of which are very serious. We consider that the information provided by the
SO was sufficient to have caused the nurse to visit Ms B, and that she should have
done so.

“Regardless of the cause, it is not acceptable that anyone should be in unexplained
acute pain for several hours without proper assessment or consideration of pain
relief. Had proper triage taken place, Ms B might have given birth in hospital with
proper clinical support and medication instead of in a prison toilet with untrained
staff.”

All the other staff who tried to help Ms B and Baby B during and after the
delivery acted with humanity and to the best of their abilities, the report added.
The Ombudsman said the PPO is not able to say whether the baby could have
survived if Ms B had been taken to hospital earlier that evening. “We consider that
this would need to be determined by a court on the basis of expert evidence
commissioned for that purpose.”

The report says that there are a number of reasons why a woman in prison
might not know she is pregnant or might deny pregnancy. It is important that prisons
do all they can to identify pregnant women and that trauma-informed care is at the
heart of their approach.

More could be done to make pregnancy tests available and to explain the risks of not
having one if there is any possibility the woman might be pregnant. The report
recommends that women are offered a pregnancy test at both the initial and
secondary health assessments after arriving at prison.

More could also be done during the secondary health assessment (which takes
place a few days after arriving in prison when the woman has had a chance to adjust
to her surroundings).

The secondary health assessment should allow for discussion
about sexual health, menstrual history and contraceptive history.

The Prison Service and the NHS have accepted the Ombudsman’s
recommendations and produced an action plan setting out how they will be
implemented.

Two arrests after 63 year old man is hit by his own car after...

Justice for James-Parents jailed over death of Wythenshawe toddler James