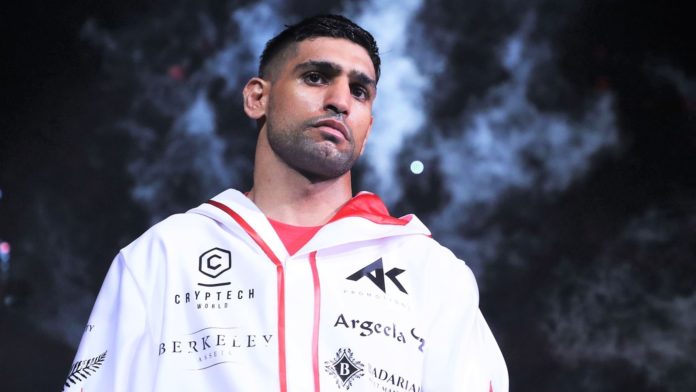 He will challenge India’s Neeraj Goyat for his regional welterweight belt on July 12 at the King Abdullah Sports City in Jeddah, Saudi Arabia.

“This is an exciting challenge that I have ahead of me. It will be the first time a British Pakistani will fight an Indian boxer, which eventually will bring the two nations together,” Khan said. “I would like to thank the Saudi government and General Sports Authority for giving me this opportunity, and I’m a firm believer in sport being a great healer.”

Former MMA fighter Goyat won both of his fights before making his professional boxing debut in 2011. He has 11 wins, three defeats and two draws on his boxing record.