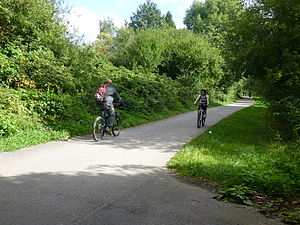 He has been released on bail pending further enquiries.

Between June 2018 and May 2019 police have received 11 reports of sexual assault on the Fallowfield Loop footpath which officers are treating as linked.

Typically, lone women – often jogging along the footpath – were approached by a male who sexually assaulted them, before the offender fled on foot.

Detective Inspector Emma Gilbert said: “This has been a lengthy investigation involving a number of separate crimes that followed a similar pattern.

“While we have made an arrest, the investigation does not stop here.

“Neighbourhood Officers and the Mounted Unit will continue to operate high visibility patrols in the Fallowfield Loop area over the coming days.

“We are continuing to appeal for information and if you have been the victim of a sexual assault and not reported it to police, then please get in touch as soon as possible.”

Levenshulme man jailed after being found guilty of terrorism offences