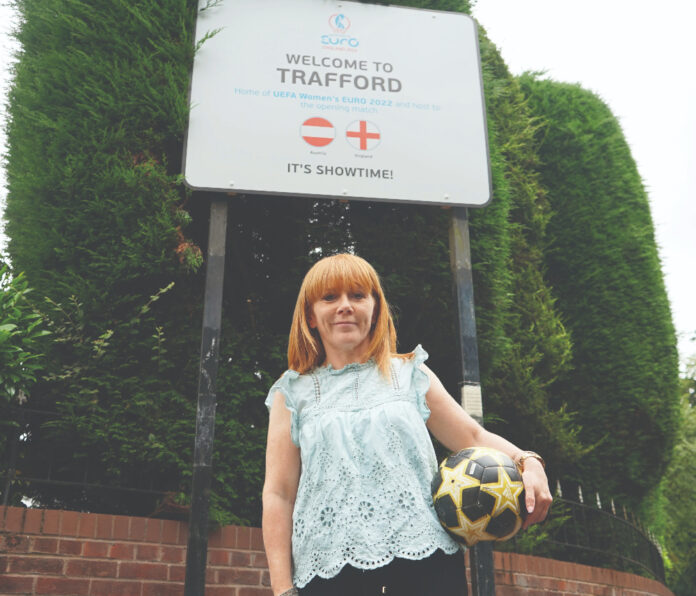 The signs are up, the plans are in place – and the borough is ready to welcome fans for the start of the footballing extravaganza.

Tickets for the England v Austria game are already at a premium – and the match on Wednesday looks set to smash the record for the highest attendance at a Women’s Euro’s match.

“What a feast of football we’re going to have. The eyes of the whole continent will be on Trafford for the opening game of the Euros and they’re going to see Trafford at its best.

We’re a welcoming bunch of people and we’re going to put on a memorable spectacle that show’s off the best of our borough.”

Signs have already gone up welcoming visitors to the area, while there will be a ticket-only fan park at Old Trafford ahead of the game.
The England game kicks off a month of football, with the final at Wembley on 31 July. But Cllr Harding hopes that won’t be the end of it.

“We have loads of girls teams and women’s teams in our borough, as well as a top class club on our doorstep in Manchester United. If you’re wowed by the skills going on this month, join in and have a go. Just find out your nearest club, take along some friends and get stuck in! That’s how many of our England stars started out on their careers. Let’s hope we can find the future England stars here in Trafford!”