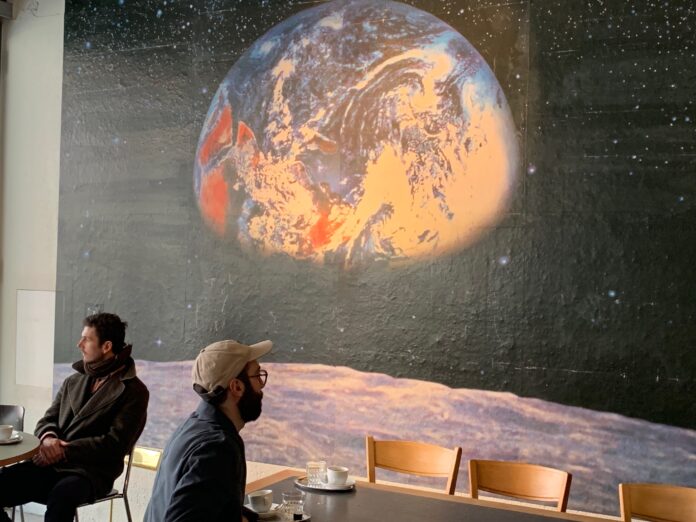 HOME have announced that all the theatre shows that were due to be on stage in November will be live streamed from their Theatre 1 stage during lockdown, with tickets available on a pay-what-you-decide basis.

The shows include the World Premiere of David Hoyle’s A Grand Auction of My Life, along with Javaad Alipoor’s The Believers Are But Brothers, Bert and Nasi’s The End and Beats and Elements’ High Rise eState of Mind.

Following the Government announcement on Saturday that theatres were to close during a national lockdown, HOME put into actions plans to switch the shows to be available to an online audience. Each show will be filmed with strict Covid-19 protocols in place, ensuring the safety of the cast and crew.

Additionally, HOME will also host a stream of Daniel Kitson’s Dot. Dot. Dot. which was conceived as an online show.

HOME’s Director and CEO Dave Moutrey said: “We at HOME had gone to great lengths to provide a safe and enjoyable experience for our audiences when we reopened, and the feedback from visitors has been that they felt we had gone above and beyond in every way. Our team had worked tirelessly and we had been enjoying sold out, socially-distanced film screenings, had incredibly managed to bring live theatre back to the stage and had just this weekend reopened our gallery with three simultaneous exhibitions.

“While it is devastating to have to close again, we have always known this was a possibility, and so the team have incredibly been working to not only produce live events but also to always have a Plan B which would allow us to provide enriching, entertaining cultural experiences digitally until we can reopen again. That work is why we can make this announcement today that audiences will be able to experience all three of our artforms digitally during the lockdown.”

Conrad Murray, who was due to appear at HOME with High Rise eState of Mind, said: “When lockdown was announced it was absolutely gutting. I thought straight away about our performance at HOME. It was something that we had to look forward to, and we wanted to share our work with new audiences in Manchester. The upcoming performance was a ray of light amongst a lot of darkness this year. Like a lot of artists and performers, we hadn’t left our houses to perform for a long time.

“Now that it is still going ahead as a livestream is super exciting. We haven’t done anything like this before, so although things have changed we get to perform our work in front of audiences. And we get to do something that we haven’t done before.”

HOME have also reiterated their commitment to supporting the freelance community, who have not been eligible for much of the support funding that has been made available.

Dave Moutrey said: “We recognise it’s an especially difficult time for our colleagues in the freelance sector who are so vital to the cultural ecology of our city and the nation. We’ll continue to invest in commissions and developing new projects during this time and we’ll redouble our efforts to make sure there’s work out there for freelancers.”

During the first lockdown, HOME worked with partners from across the country to commission artists to create the Homemakers series of online works which was watched by audiences from 34 countries including Brazil, Hong Kong and Nepal.  The series is available online until 31 December.

Watch Wimbledon With Pimm’s At The Refinery