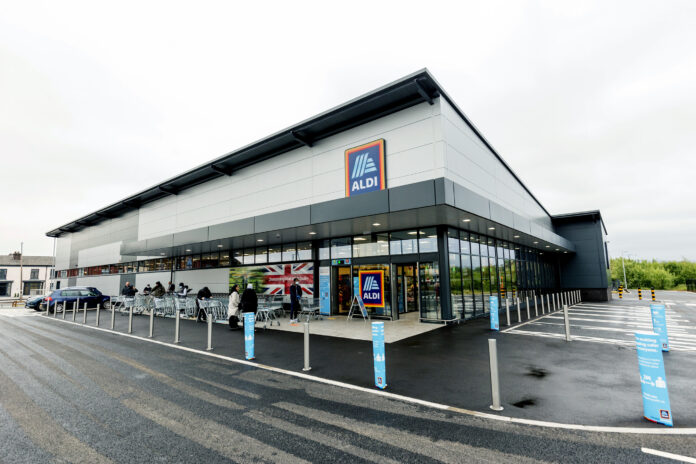 Aldi, the UK’s lowest priced supermarket, is to invest more than £2.5million in new and upgraded stores across Greater Manchester this year, creating over 150 jobs.

Today, it confirmed that it expected to open one new store, located in Denton, and remodel an existing store in Middleton before the end of the year.

This investment is part of the supermarket’s long-term target to reach 1,200 stores in the UK by 2025. On average, Aldi is set to open more than one store a week this year.

Giles Hurley, Chief Executive Officer, Aldi UK and Ireland, said: “We have been investing in Britain for more than 30 years now, but we know that there are still areas that either don’t have an Aldi at all, or that need another store to meet customer demand.

“With shoppers increasingly looking to make sure they get unbeatable prices on their weekly shop without compromising on quality, our stores are becoming ever more popular.

“This investment in Aldi stores over the course of this year will help make the UK’s lowest-priced supermarket more accessible to even more people, and bring us closer to our long-term goal of having 1,200 stores across the UK by 2025.”

Last summer, Aldi announced it was looking for new store locations in 20 Greater Manchester – including in Didsbury, Radcliffe and Stockport – as part of its longer-term expansion plans.

The supermarket, which opened new stores in Barton, Bolton and Urmston during 2020, has also announced plans to increase the amount of food and drink it buys from British suppliers by £3.5bn a year by 2025, as it continues its rapid expansion across the UK.