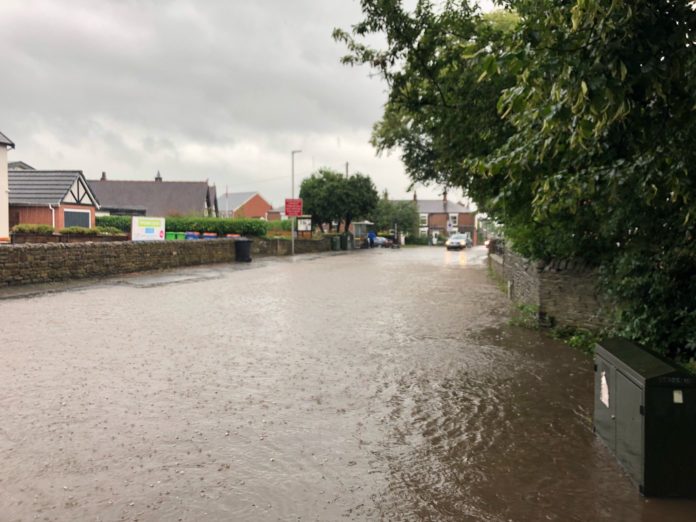 Cheshire Fire and Rescue service have declared a major incident due to the severe flooding in Poynton.

Firefighters are working alongside the emergency services and Highways England to attend the areas and the people affected.

A rest centre has been set up at Poynton Civic Hall.

There are a number of road closures in place including Moggie Lane Bridge,London Road, Park Lane and
Clumber Road,

The council are working hard to get the road open as soon as possible and over 800,000 litres have been cleared from the site so far and three extra pumps have been brought in.

Staff, contractors and engineers continue to be on site to get the road open as a matter of urgency.

The Council have said that they will replace the roadside pumps once the flooding is over.

There are a new number of road closures in the Stockport area due to flooding. Mostyn and Newby Road, Hazel Hazel Grove, Bramhall Green Roundabout southbound on Bramhall Lane and on Bridge Lane, parts of Highfield Road, Cheadle Hulme and Corfe Crescent, Hazel Grove.

“I’ve had a look at some of the weather stations in and around Stockport and they have recorded 45mm, 54mm and 81mm from today’s downpours. So basically 2-3 inches of rain in a few hours. That’s pretty much a month’s worth.“ said Oldham Weather on Twitter”

The latest firefighter recruits pass out