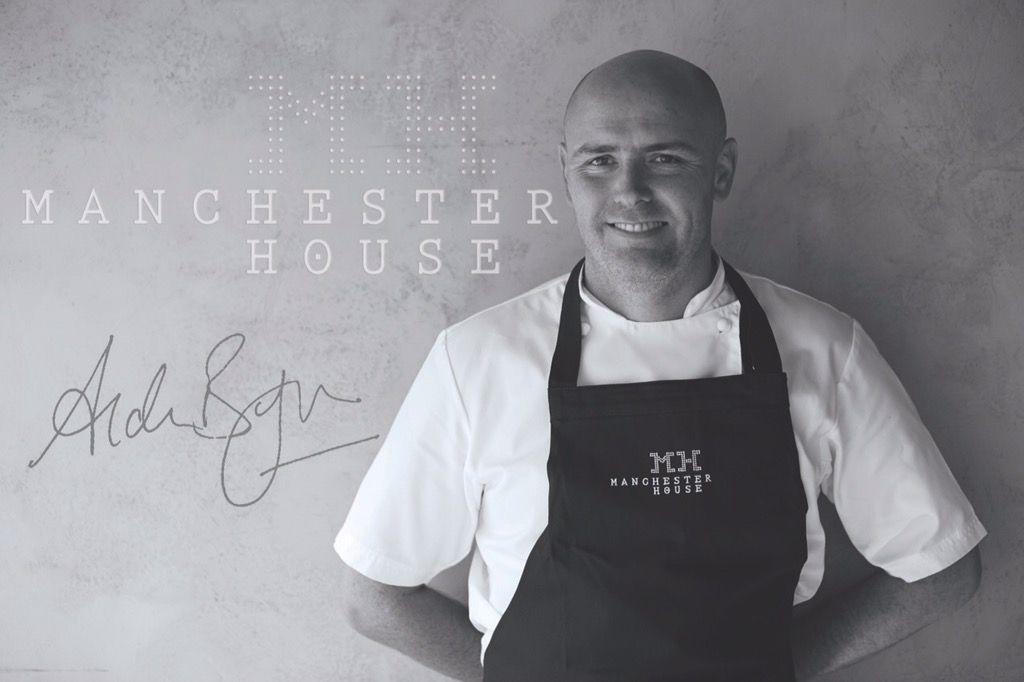 Award winning Chef/Patron at Manchester House, Aiden Byrne, is appearing in a new daily TV show for BBC One. Yes Chef will see 16 high profile chefs mentor amateur home cooks to do battle in the kitchen.
For the amateurs, it’s a chance to work alongside the best in the business. For the professionals, it’s an opportunity to train their partner and lead them to victory.
The other chefs in the series are: Atul Kochhar, Bryn Williams, Frances Atkins, Galton Blackiston, Luke Tipping, Mary Ann Gilchrist, Matt Gillan, Michael O’Hare, Nathan Outlaw, Nigel Haworth, Paul Ainsworth, Rupert Rowley, Ryan Simpson, Stephen Terry and Theo Randall.
Presented by Sheree Murphy, Yes Chef sees a different chef put four home cooks through their paces in a series of challenges, with each day’s winner going forward to Friday’s final. In the final, the four professional chefs will pair up with their winning home cook to go head-to-head in the ultimate professional-amateur cooking showdown.

The final dishes will be judged by three-star Michelin chef Pierre Koffmann. Yes Chef is shown at 3.45pm on BBC One. The episode featuring Aiden Byrne will be shown on the 13th and 16th September

It is no longer acceptable to rely on individuals to make healthy dietary choices...