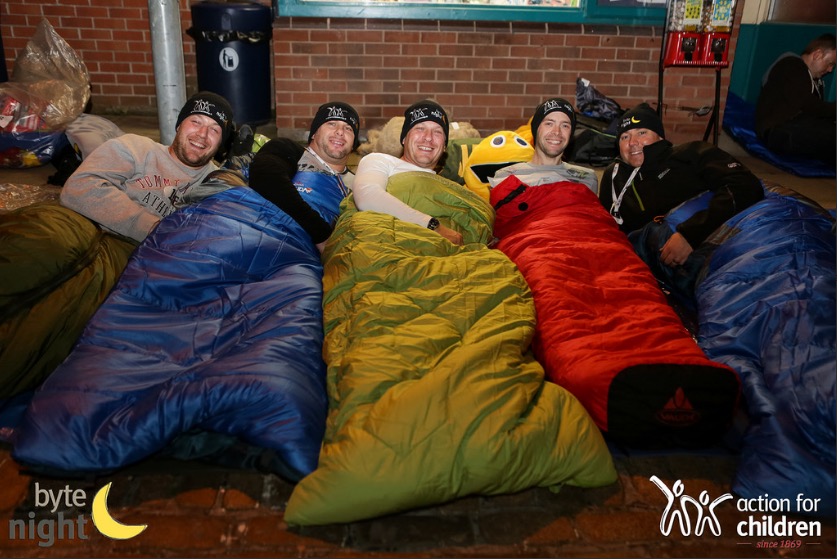 150 people will spend the night under the stars at the Museum of Science and Industry (Friday 7 October) to raise money to support the work of a leading children’s charity in Manchester.

Over 150 representatives from the business and tech sector will sleep out to support Action for Children’s belief that ‘every child should have a safe and loving place to call home’. They will be joined by over 1,700 at ten simultaneous events taking place across the UK.
The event, now in its third year in Manchester, is the UK’s largest sleep out and one of the biggest mass participation fundraising events in the country. The funds raised at Byte Night in Manchester will support young people at Action for Children services across the city and the North West region.
Last year the North West ‘sleepers’ spent the night on the famous cobbles of Coronation Street. This year it is the turn of the iconic Museum of Science and Industry to play host to the charity fundraisers as they try to top the staggering £112,000 raised last year. This year seven new companies will sleep out as part of the Byte Night North West contingent.
Damian Pettit, co-chair of Byte Night North West board, said: “2016 is set to be a record breaking year for Byte Night North West and we’re delighted to have so much support from the tech community across Manchester.
“The whole sector in the city is getting behind the event and with around 150 sleepers, it will be a big night for us. If you want to play your part but can’t sleep out and would like to make a donation then you can text ‘ACTION’ to 70080 to donate £5 now.”
Teams from companies including RBS, KPMG, BNY Mellon, Civica, Laing O’Rourke, IBM and many others are signed up to sleep out to raise funds to ensure every child has a safe and loving place to call home.