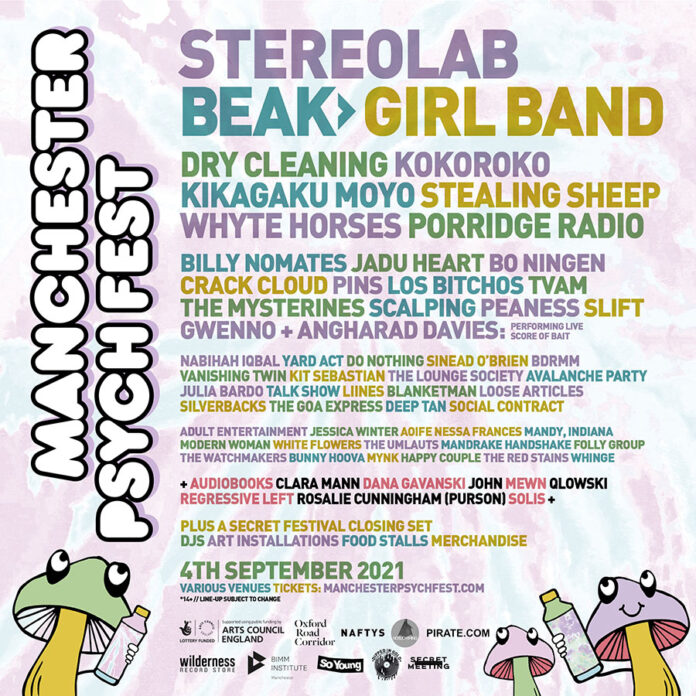 An electronic chamber music, anti-capitalist comedy, a hilarious book discussion spoof, the guitarist from Echo and the Bunnymen and a very special peek into our Anthony Burgess archive.

The International Anthony Burgess Foundation is presenting its first full month of public events since the start of last year.

On Saturday 4th September, Manchester Psych Fest is a gathering of the psychedelic community, coming from Manchester and further afield.

On the 6th September,Blackwell’s bookshop is delighted to be hosting a special event with Will Sergeant, guitarist and founding member of Echo and the Bunnymen, at the International Anthony Burgess Foundation for the launch of his long-awaited memoir BUNNYMAN.

He’ll be chatting to Dave Haslam about his career in one of the most influential and important British bands of the 1990s. Will shall be available to sign copies of the book after the event.

In this concert, our hybrid group of chamber ensemble with electronic elements will present pieces from six acclaimed Manchester composers, conducted by Omer Shteinhart.

The following night sees Blackwell’s Manchester are delighted to be hosting a special event with Ben Aaronovitch as part of the tenth anniversary celebrations of the publication of Rivers of London.

He’ll be discussing how the bestselling novel was created, leading to the ongoing much-loved series following the magical mystery adventures of Peter Grant.

To book these and look at events through the rest of September see https://www.anthonyburgess.org/whats-on/

A new exhibition explores our mystical connections to the landscape

Home Cooked Meals at the Click of a Button with GRUBie