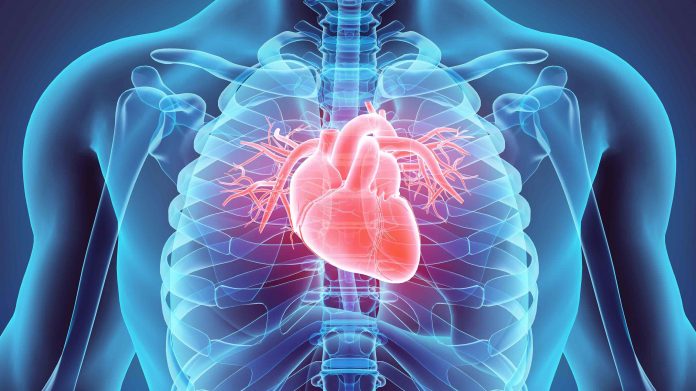 New research being  presented at the  in Manchester today has found that metformin,a cheap drug routinely used for the treatment of type 2 diabetes, could help millions of people living with heart and circulatory disease in the UK.

Two studies involving the drug, led by researchers at the University of Dundee and presented today at the British Cardiovascular Society (BCS) Conference in Manchester, have provided promising results for patients with high blood pressure-induced heart damage and a condition called aortic stenosis, which causes heart failure.

The MET-REMODEL trial, which was funded by the British Heart Foundation, found that metformin could reverse harmful thickening of the left ventricle – the heart’s main pumping chamber. It also helped to bring down high blood pressure and reduce bodyweight in patients who had a heart attack.

The study involved treating people with coronary heart disease with metformin or placebo over a period of 12 months to see how the drug affected the heart and circulatory system. The dangerous thickening of the left ventricle was reduced by twice as much in those taking metformin compared to the placebo. Patients who took metformin also had reduced blood pressure and lost an average of 3kg, compared to no weight loss in the placebo group.

Thickening of the heart’s main pumping chamber, or left ventricular hypertrophy (LVH), is a serious risk factor for heart attack and heart failure. It is often silent and so most people don’t know they have it until they have a heart attack or stroke. Major causes of LVH are high blood pressure, inflammation and insulin resistance, which are also thought to be key drivers of coronary heart disease.

In another study, funded by Scotland’s Chief Scientist Office (CSO), the researchers looked at the records of diabetic patients with a condition called aortic stenosis (AS). In people with AS, the main artery which supplies blood to the body is narrowed. It affects around 40% people over the age of 60 in the UK and can lead to LVH and subsequently heart failure. The team found that diabetic patients with AS who were treated with metformin were less likely to die from heart attack, stroke or heart failure than those on other diabetes treatment.

Using a variety of research approaches, including big data and genomics, the researchers have identified some of the mechanisms through which metformin might be exerting its beneficial effects. They now believe the drug is helping AS and LVH patients by tackling insulin resistance and inflammation, which then leads to a reduction in the size of the left ventricle.

Dr Ify Mordi, a Clinical Lecturer in Cardiology at the University of Dundee, who co-led the research1 and is presenting the results as a finalist in the Young Investigator Prize competition today, said:

“Metformin is emerging as a serious prospect for the treatment of some forms of heart and circulatory disease. We know from our previous research that it can reduce inflammation, which is understood to be a major player in the development of heart disease. This new research shows that metformin could potentially become a new treatment option for patients with aortic stenosis and thickening of the left ventricle. We need to undertake bigger studies to confirm our findings, but if successful this could offer hope for thousands, if not millions of patients across the UK.”

Repurposing of cheap and readily available drugs for use in other diseases is an important route to explore. On average it costs £2 billion and can take up to 12 years to develop a new drug from discovery to approval for use in people. The success rate is low (<5%), and new drugs come at a significant cost to the health service. Because of this, repurposing of drugs for the treatment of heart and circulatory disease could potentially save the NHS billions of pounds every year.

“These studies provide real hope that metformin might help to reduce deaths from heart and circulatory diseases, which currently claim thousands of lives every year. Repurposing of drugs like metformin is a great example of how scientists can harness the power of medications which have more than one target in the body.”