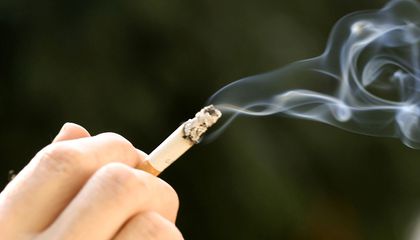 Only two UK regions – the North West and South East – are on course to hit the Government’s new 2030 smoke-free target, according to analysis of ONS data carried out by British American Tobacco UK (BAT UK).

The Government recently published its green paper ‘Advancing our health: prevention in the 2020s’, outlining its strategy to reduce the smoking rate to below 5% of the population by 2030.

Smoking levels vary considerably depending on where you are in the UK and by analysing ONS trends from 2011 to 2018,  BAT can reveal which regions are on a trajectory to meet the Government’s target and which are on course to miss out.

The North West is set to have the lowest smoking level by 2030, at just 4% of its population, thanks to the steep rate of decline it has seen over the last eight years, while the South East, which currently boasts the lowest smoking rate in the UK, is on course to have a smoking population of 4.9% by 2030.

At the other end of the spectrum, Northern Ireland will need impactful new policies if it is to reach the 2030 target as its current trajectory gives it a smoking rate of 10.5% in 2030, while the East Midlands, on course for 9.3% by 2030, will also need to see a faster rate of decline.

As a whole, the UK is on course to narrowly miss out on the 2030 target, with the current trajectory putting the smoking rate at 6.4% – roughly 3.2million people based on today’s population. The age group that is seeing the fastest rate of smoking decline is 18-24-year-olds, while over-65s are experiencing the slowest rate of decline.

Men and women have seen equal average annual rates of decline in smoking over the last eight years and are both on course to miss out on the Government’s 2030 target, with the female smoking population in the UK set to fall to 5.2% and the male population 7.6%.

While most regions are on course to miss the Government’s target, many local councils, who are responsible for local tobacco cessation programmes, refuse to work with or seek advice from e-cigarette manufacturers such as BAT. This is despite highly successful trials using e-cigarettes within stop smoking services, such as that of Birmingham City Council, who reported an 83% quit rate after a 2016 test with nine pharmacies.

A fifth of drinkers exceed the government’s weekly recommended alcohol limit EVERY week, according...

Leese-The evidence is that it is not hospitality that is spreading Covid but household...