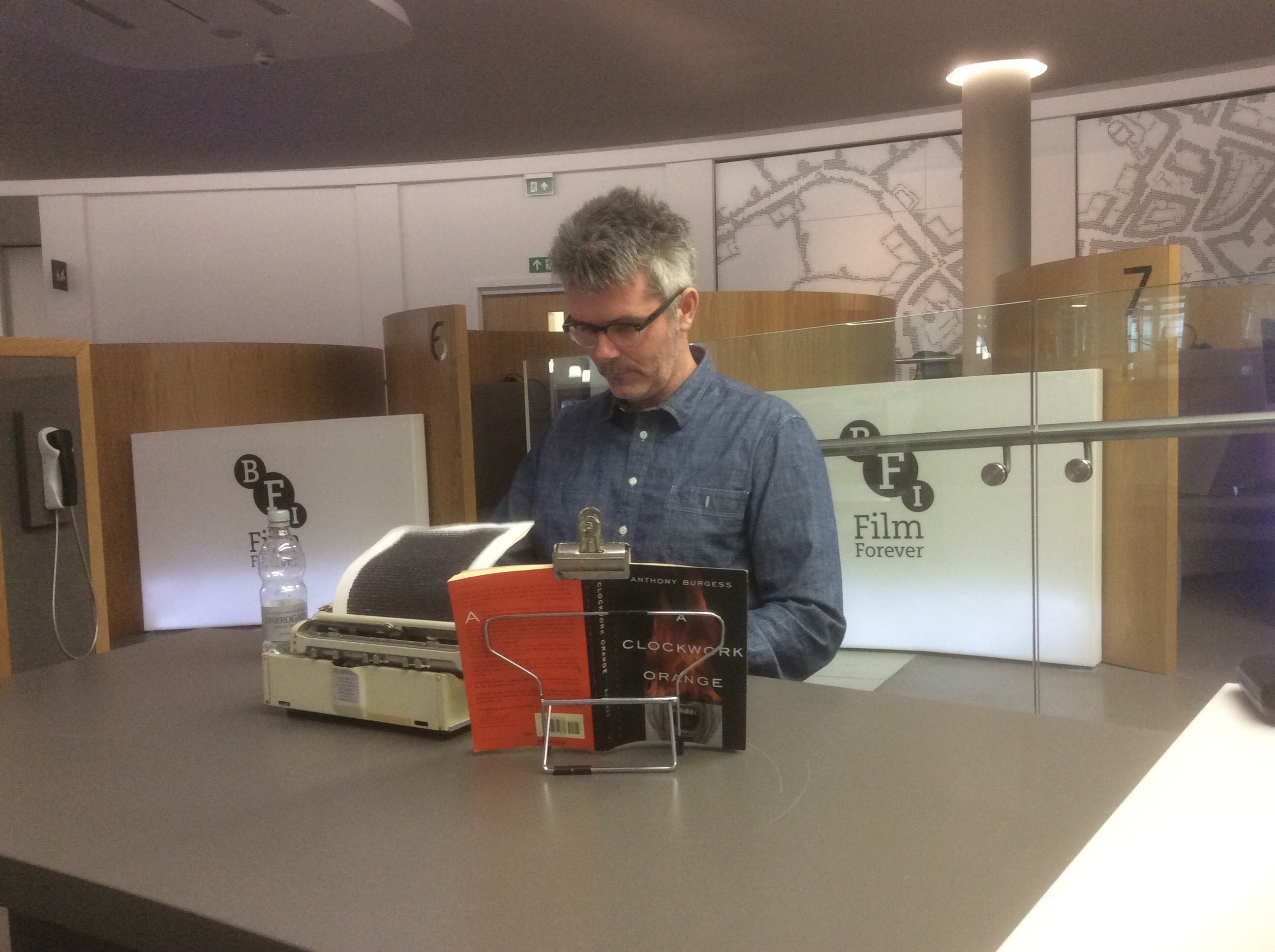 “I jumped, O my brothers, and I fell on the sidewalk hard, but I did not snuff it, oh no. If I had snuffed it I would not be here to write what I written have.”Anthony Burgess, A Clockwork Orange, 1962

He is the thirty second in his project tgat started three years ago and that he expects to last another six to seven years. He has come to Manchester from Leicester where he has retyped Kingsley Amis’s Lucky Jim and his next stop will be St Ives for Virginia Wolff’s to the Lighthouse.

The project comes from a decade of interpreting the texts of literature and his the written word manifests itself, Fascinated by the rectangle of black text enclosed on another rectbgke of white, he is putting all the words onto a single page, using the same manual typewriter that the author used.

In he case of Clockwork Orange, one of, in his opinion the best models ever made , the German Olympia.

His highlights so far have included typing Charles Bukowski’s Post Office while sitting in a the bed of a rented pick up truck in the parking lot of the post office where the author sorted mail for twelve  years.

As for Clockwork Orange, Time tells me it is an iconic novel, one whether the language jumps off the page and which still seems relevant today for despite the violence it speaks for our loss of youth and a desire to stay young.