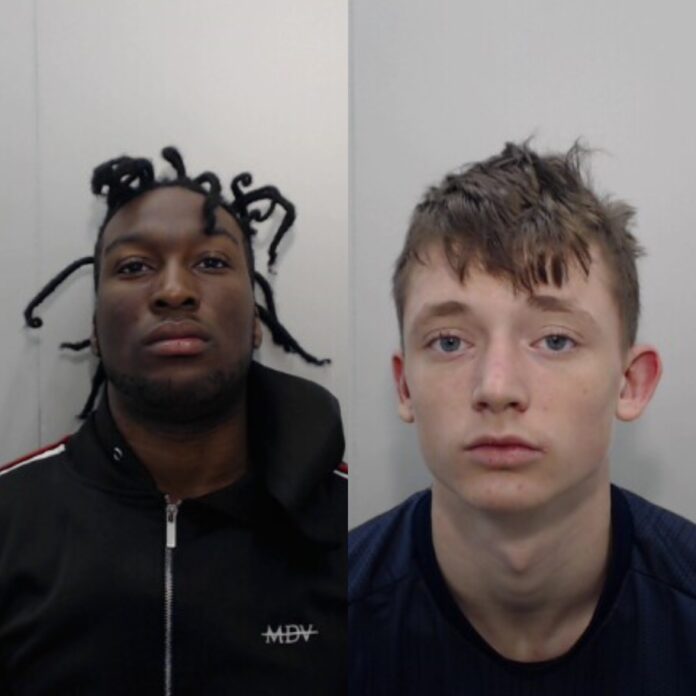 Two men who started a fire at a house in Moston with a family inside have today been jailed.

Davide Imuetinyan,20 of Hinde Street, Moston, was found guilty of arson at a trial in September and Benjamin Ankers,18 of no fixed abode, pleaded guilty to arson.

Imuetinyan was jailed for six years and Ankers for three  at Manchester Crown Court.

The court heard that Imuetinyan and Ankers were in a feud with another college student. They bought petrol and set fire to his house at Bordale Avenue, Moston, on 5 September 2019.

A window had been smashed the month before.

The intended victim was out but four members of his family were at home and had to flee the fire by passing the flames and escaping through the kitchen into the back garden.

Detective Sergeant Chris Preston, from GMP CID, said: “These two men are quite rightly in jail and the consequences of their irresponsible actions could have been far worse and even resulted in death.

“A CCTV trawl showed the two suspects meeting up and heading for a petrol station, where they filled a container and carried it off in a plastic carrier bag.

“At some time before or around 8pm on 5 September, the front window at Bordale Avenue was smashed and the living room was set alight.

“The fire took hold extremely quickly fuelled by a funnel effect of the broken window feeding the fire with oxygen and the accelerant used as per the fire investigator’s report.

“That all members of the family escaped unscathed was somewhat miraculous given the speed and intensity of the fire.

“The fire brigade arrived quickly and extinguished the fire. The fire had caused terrible damage to the house and it is expected to cost over £27,000 to repair.

“The family have had their lives completely changed by this and have had to move, change schools and have lost all of their belongings.”