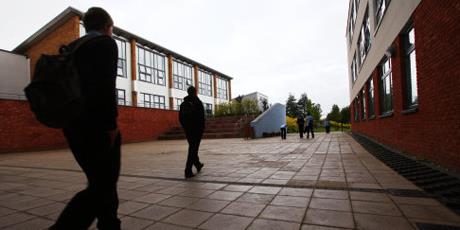 MP’s says the Department for Education (DfE) “failed to take enough account of the impact of its decisions on individual schools and their pupils” when it announced changes to the school funding system, with the adverse impacts falling “disproportionately on deprived local areas and schools”.

The average per-pupil funding has fallen in real terms by 1.2% for the most deprived fifth of schools but increased by 2.9% for the least deprived fifth. Changes to the pupil premium funding also mean schools have lost out on £90 million of funding to support disadvantaged children.

There is a lack of urgency in DfE’s approach to making improvements to the school system. Delivery of a number of initiatives has slipped with DfE “unwilling or unable” to commit to revised timetables. “While the Department drags its feet, more and more children with special educational needs and disabilities are progressing through the school system without the support they need.” The ongoing delays publishing the SEND review announced two years ago are “unacceptable”.

The Department has committed £3.1 billion to help children and young people catch up on learning lost due to the disruption caused by the COVID-19 pandemic, but this funding drops significantly from 2022-23 and falls well short of the £15 billion that the Government’s own Education Recovery Commissioner recommended.

In January 2020, there were more than 20,200 mainstream state schools in England, educating more than 8.1 million pupils aged four to 19. 58% of these are maintained schools, funded and overseen by local authorities, the rest are academies, independent of local authorities, educating 4.4 million pupils. DfE is responsible for the school system and is ultimately accountable for securing value for money from the funding provided for schools. In 2020-21 it provided mainstream schools with core revenue funding of £43.4 billion.

“Schools are facing a perfect storm of challenges with promises of teacher pay rises, per pupil funding changes and falling rolls but no clear plan from the Department for Education.

“Schools and pupils in deprived areas are being hit hardest by the funding formula at a time when the government’s commitment is to level up. Add to this the ongoing delays in the review of support for pupils with special educational needs and disabilities and some of the most vulnerable children are facing an uncertain future – on top of the impact of Covid. Every part of government has faced challenges but the impact of the exam chaos, funding uncertainties and repeatedly delayed decisions is hitting young people hard and risks scarring their life chances.”

Over 200 teachers and a host of well-known faces to teach the nation’s kids...