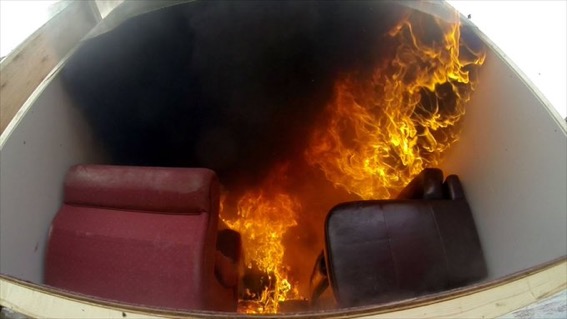 Police are appealing for information after a house in Partington was set on fire while a woman aged 90 was inside.

Petrol was then poured on the front door and set alight.

The woman and two other occupants – a man aged 38 and a boy aged nine – were able to escape the house and were treated at the scene for smoke inhalation.

Detective Constable Jane Naylor of GMP’s Trafford Division said: “This was a cowardly and senseless attack that could easily have led to loss of life.

“It’s unthinkable that someone would target a property in this way – let alone while a vulnerable elderly person and a child were inside.

“We are appealing for anyone who was in the area at the time to contact police.

“Did you see anything suspicious or have any information that can assist our enquires? If so , get in touch immediately.”