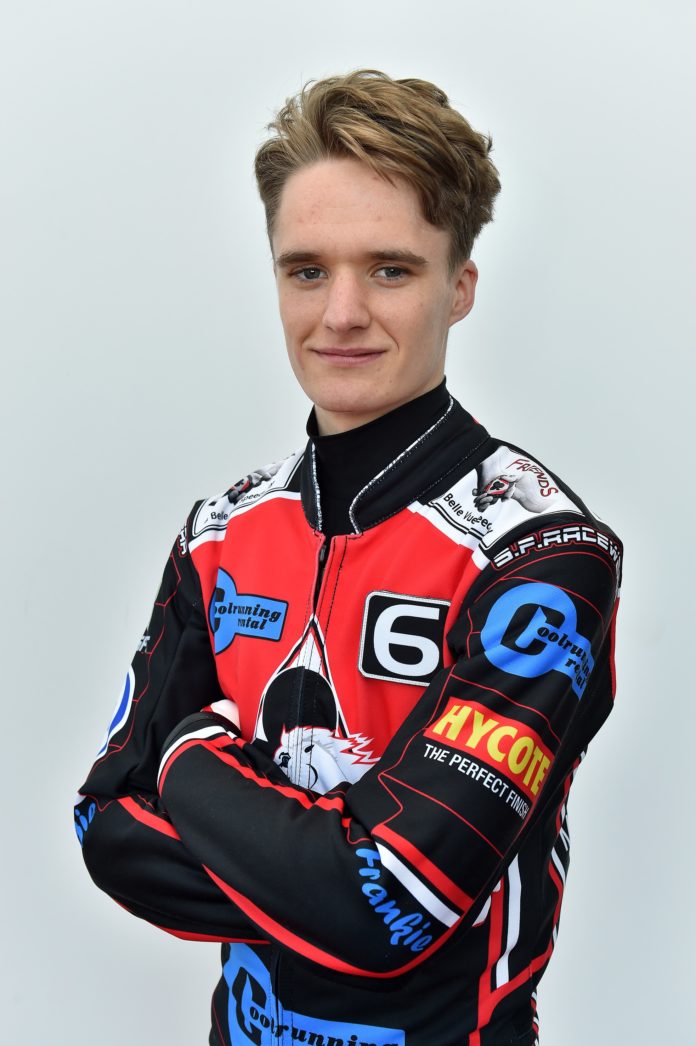 Ben Rathbone is looking forward to starting the season in the main body of the Belle Vue Colts side, citing his increased confidence from his experience as part of last year’s team.

The quietly spoken 22-year-old made his National League debut with the Cool Running Colts in 2019 and made steady progress throughout the curse of the campaign.

He moved up from the reserve berth sooner than expected but quickly rose to the challenge that the No.2 position presented and says there wasn’t a massive competitive difference.

He said: “When I moved up it was at a time when we had quite a few away meetings on the bounce and so it probably didn’t do me any favours because a lot of the tracks I didn’t know.

“Sometimes I think I was trying too hard and that probably went against me, not just away but at home as well, but I didn’t find the level of competition too different from reserve.

“Riding in Heat 1 was quite tough because you had really experienced guys lining up right next to you at the tapes and that was daunting sometimes because I just couldn’t match them.

“But the rest of the time, it wasn’t that I didn’t feel comfortable so much as that I needed to build up my confidence and experience to be able to ride at their level.”

Rathbone quickly shook off his rookie’s reigns and was often found in the thick of the action, and his increasing confidence became more and more apparent after he moved back down to reserve.

He continued: “Being in the main body of the team for that period did me the world of good. It really helped boost my confidence so that when I moved back to reserve, I was scoring more points.

“It’s definitely helped me prepare for this season because at least this year I’m not going into it blind. I know what to expect from riding in the top five and I hope to be able to make more progress.

“I want to do my bit for the team. I think we’ve got a really strong side that is capable of challenging for the league title and provided we’re all on our game I don’t see why we can’t win it this year.”

Tickets for all Belle Vue Aces and Colts meetings are now available to buy online at the club’s official website at www.bellevue-speedway.com, and will also be available from the stadium on race night.

The pressure is on for Belle Vue after they slipped to a narrow 43-47...