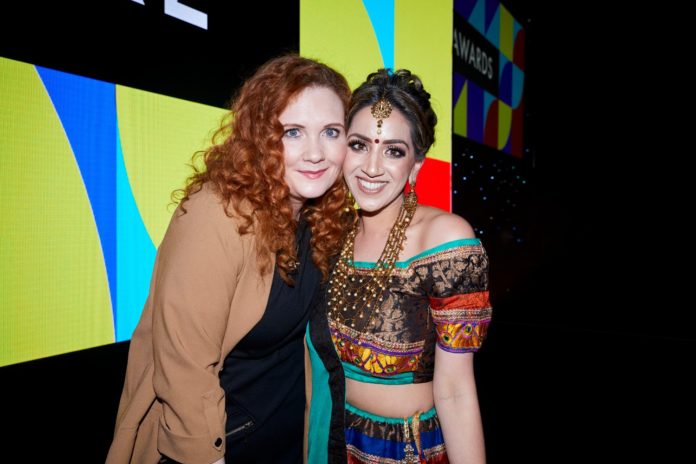 The winners of this year’s prestigious Manchester Culture Awards were announced over the weekend at a special awards ceremony hosted by Jennie McAlpine and Ria Meera Munshi.

This is only the second year of the awards that were established last year by the city council to recognise the very best of culture in the city.

The awards recognise both the massive contribution culture makes to the city’s economy, and the role of culture in helping make Manchester a vibrant place that people want to live in, work, and visit.

The cultural call-out back in June saw over 300 nominations made across twelve different award categories.  Entries were once again of the very highest standard – giving judges the difficult and unenviable task of choosing just five finalists in each category.

Choosing the final winner of each category was an even harder job for the judges given the exceptional quality and uniqueness of all those who reached the final stage of judging.

Promotion of Health & Wellbeing
Facing Out: Life after treatment for facial cancer

Best Event
Wild in Art, Bee in the City

In addition to the main award categories two Special Recognition awards were made this year, along with two further awards for Outstanding Contribution to the arts.

The first Special Recognition Award went to Michael Oglesby CBE and Jean Oglesby CBE for all their fantastic support for the arts sector in Manchester over many years.

The second Special Recognition Award went to Cilla Baynes OBE, a long-standing leader in the arts and culture work in Manchester, and co-founder of Community Arts North West.

Emma was recognised by judges for having created a strong link between the Whitworth Art Gallery and the Longsight community, with an exhibition curated by her students – a project which reached out to 9000 children across Manchester schools.

Linda set up the project Excavating the Reno, an excavation of a former nightclub in Moss Side with cultural and community significance, leading to an exhibition at the Whitworth Art Gallery.

Architecture exhibition explores conflict between past and present