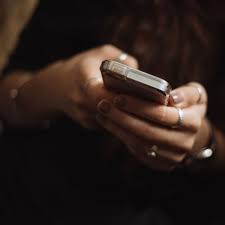 Almost 45 million people have been on the receiving end of potential scam texts or calls in the last three months, new Ofcom research reveals.

More than eight in 10 said they had received a suspicious message, in the form of either a text, recorded message or live phone call to a landline or mobile. This represents an estimated 44.6 million adults in the UK.

Scams are more commonly attempted via text messages with seven in 10 people saying they have received a suspicious text, and three quarters of those aged 16-34 were targeted.

More than four in 10 who had received a suspicious text message reported receiving such a message at least once a week.

The research also shows that suspicious calls continue to be a threat for landline users, with older people particularly susceptible. Three in five people aged 75 and over reported receiving a potential scam call to their landline.

More than half of respondents who received a suspicious live phone call on a landline over the last three months said that they got a call at least once a week.

Four in 10 reported getting a suspect call to their mobile phone.

But, in the last three months alone, 2% reported following the scammers’ instructions in a message or call. This equates to almost a million people , who risk financial loss and emotional distress if a scam attempt is successful.

The research also revealed that almost eight in 10 mobile phone users are not aware of the 7726 number used to report a suspected text or call – although a similar figure agreed that reporting messages is helpful in preventing people being scammed in the future.