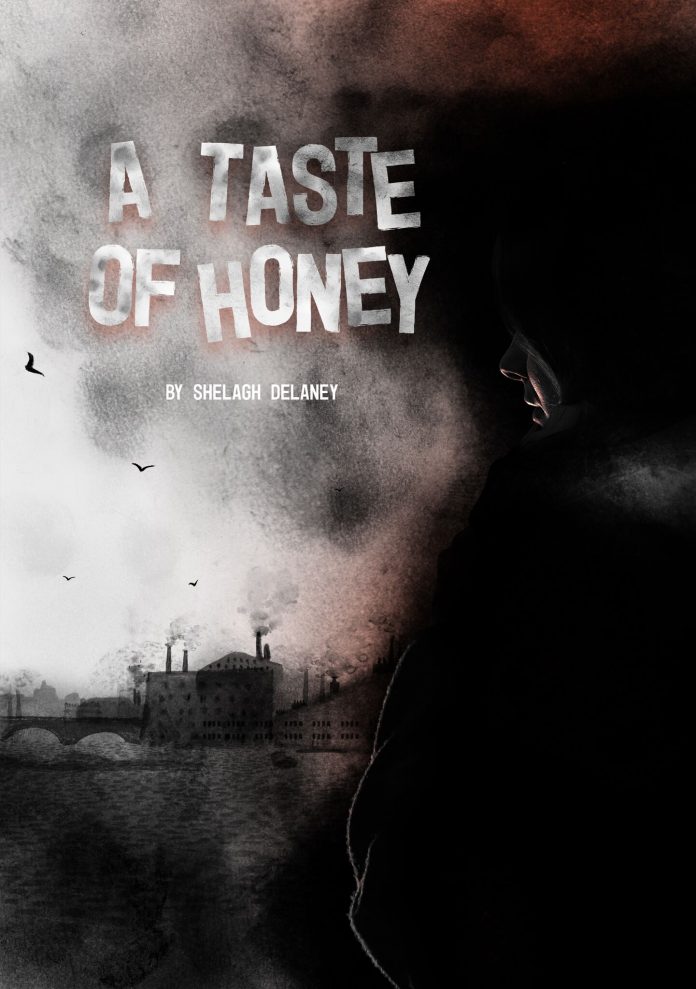 Oldham Coliseum Theatre transforms into 1950s Salford this May with a new production of Shelagh Delaney’s A Taste of Honey, directed by Associate Director, Chris Lawson.

Recognised as the pre-cursor to Coronation Street and one of Morrissey’s lyrical inspirations, A Taste of Honey is a gritty play about a mother and daughter trapped in a destructive and resentful love-hate relationship.

Jo’s ambition is to get away from her alcoholic mother, Helen, who dominates her life. She falls pregnant to a sailor and takes comfort in the friendship of a gay art student, but can she stop herself from becoming the one thing she never wanted to be – just like her mother.

Shelagh Delaney was Britain’s first working-class female playwright. She wrote A Taste of Honey when she was just 18 years old, in 1958. The play premiered at Theatre Workshop, Stratford East and transferred to the West End the following year. In 1961 it was adapted into a classic film starring Rita Tushingham and Dora Bryan.

A Taste of Honey was one of the finest examples of the ‘kitchen sink drama’ born in the 1950s. In the wake of the Second World War a new breed of writers decided that it was time to give working class characters, and working-class stories, a heart and soul. The play was written when 70% of women giving birth had no pain relief, three years before the introduction of the contraceptive pill and nine years before the legalisation of homosexuality and abortion.

Coliseum Associate Director, Chris Lawson, joined the company in 2015 and has established a reputation for bringing energy and adventure to his productions.

The cast for A Taste of Honey features Gemma Dobson as Jo, who made her professional stage debut as Sue in the reinstated run of Rita, Sue and Bob Too at the Royal Court, London earlier this year; and Kerrie Taylor, best known as Beth Enright/Beresford in ITV’s Where The Heart Is, as Helen.

Oldham Coliseum Theatre’s production of A Taste of Honey is sponsored by New Charter Homes.

A Taste of Honey runs from Friday 25 May – Saturday 9 June 2018 at Oldham Coliseum Theatre.