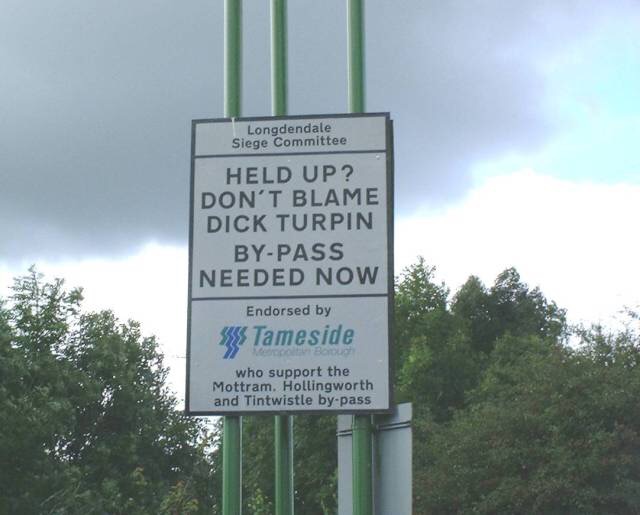 Those people that regularly sit in the traffic jam will have welcomed the news that funding for the long-awaited Mottram bypass has been given the green light by Government.

The project was announced today by the Chancellor of the Exchequer, George Osborne, who gave the go ahead for an initial scheme of at least £170 million to resolve the traffic issue through Mottram and to build a link road to Glossop.

The Government also announced that it is to consult on whether to extend the proposed scheme to relieve pressure on nearby Tintwistle.

Plans for a Mottram bypass scheme have been on the cards for around thirty years.

Although final details of the scheme have not yet been finalised the funding announcement was made as part of a £15bn Government national transport spending plan.

Under the proposal a new dual carriageway link road from the M67 roundabout at Hattersley to a new junction at Mottram Moor and a new single-carriageway link from there to the to bypass Mottram would be built.

In addition to the works announced today, there will also be a study into the possibility of a tunnel under the Peak District to link Manchester with Sheffield. This could potentially cut up to 30 miles off the distance between two of the most important cities of the north.

Council Executive Leader for Tameside council, Cllr Kieran Quinn said: “This is excellent news for Tameside and responds to the consistent calls we have made to deliver such a scheme. For far too long we have suffered heavy traffic congestion in and around Mottram and after several false starts, hopefully this time the bypass will be built.”

Other announcements for the region include further investment on the southern access to Manchester, joining up previously announced schemes to provide better access to the city and to Manchester Airport and a further strategic study to look at long-term options for capacity around the north and west of Manchester to make sure the M60 does not become a barrier to the further growth of the city

Universal Credit can loosen the grip of poverty, but further reform is needed