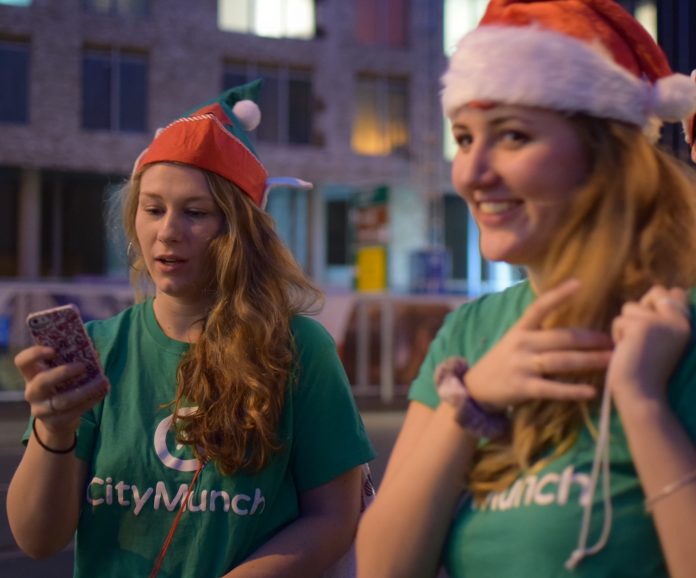 Manchester’s restaurants and university students are partnering with real-time offers app CityMunch in a week-long campaign to help stamp out food waste this December.

From the 11th-18th December, restaurants such as Beastro, Yard & Coop, Kettlebell Kitchen, Dogs ‘N’ Dough, Bosu Body Bar, Exchange Food & Drink lounge will be offering up to 90% off food and drink during their last hour of operation through the CityMunch mobile app, in attempt to sell everything they have before they close.

To ensure nothing is wasted, universty volunteers will be on hand to distribute any unsold food to the homeless.

The campaign aims to raise awareness by involving the community in an issue which affects everyone. A whopping half a kilo of food is wasted every time someone eats out, but the problem isn’t limited to restaurants.

At Christmas in particular, UK families throw away 4 million meals annually (according to Unilever), putting a massive strain on resources. Watching waste makes good financial sense too, with a family of four able to save as much as £60 per month by cutting down on what they throw out.

To put the issue into focus, CityMunch’s partner restaurants will make sure that none of their food goes to waste for an entire week, giving foodies the chance to snap up some great meals at a fraction of the cost.

Rob Lynch, CEO and Founder of CityMunch says “Christmas is a time for indulgence, but a shocking amount of what we buy in the festive season ends up in the bin. With our technology, restaurants can connect with users in real-time, letting them know when they have excess food and tempting them in with an offer. If restaurants can cut their food waste to zero, maybe we as households can do our bit too.”

All of the deals will be available through the CityMunch mobile app, which is free to download on both the Apple and Android App stores, and is also active in London and Bristol.

Ten years since the smoking ban,333,000 fewer smokers in the NW