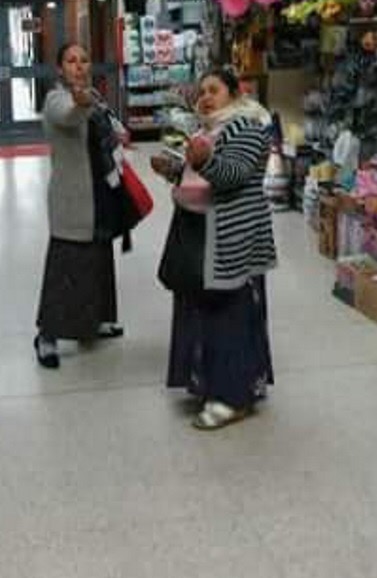 Among the tactics used to dupe innocent shoppers and residents include offering people cheap jewellery and placing it on their hands or neck before stealing the victim’s own jewellery.

Other methods include offenders bumping into people at ATMs and stealing their money, while it has also been reported that men and women have been hysterically asking where the nearest hospital is before they are joined by more offenders who steal from them.

A 32-year-old man has been arrested on suspicion of one count of personal robbery and two counts of theft. He has been released on bail until 21 June 2017, pending further enquiries.

Officers released images of two women they want to speak to as part of these enquiries and continue to appeal to identify them.

Detective Constable Matthew Adshead, from GMP’s Oldham borough, said: “Our investigation is continuing and I urge you to get in touch if you know the women pictured.

“Elderly people in particular are sadly being targeted and we understand crimes like this, where offenders prey on the trusting nature of innocent people, are distressing and can affect people’s confidence.

Anyone with any information about these incidents is urged to call police on 101 or the independent charity Crimestoppers, anonymously, on 0800 555 111.

An end to the pothole crisis?