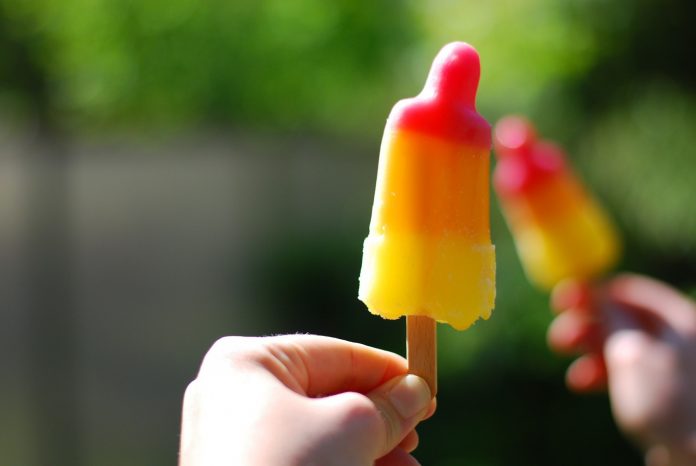 On sunny days like this, a cloud full of ice-lollies sounds like the ultimate treat and researchers from the University of Manchester have discovered such clouds, twice.

The researchers, led by Stavros Keppas, from The University of Manchester’s School of Earth, Atmospheric and Environmental Science, describe their findings in the journal of the American Geophysical Union.

The team spotted a significant concentration of curious ice formations in the shape of a stick with a spherical head at the end, resembling an ice-lolly, during a research flight over the north-east Atlantic Ocean last September. But this wasn’t the first time the team had spotted such phenomena. They had also seen the unusual ice particles over south-west of the UK on a similar flight back in 2009, meaning this wasn’t just a freak event of nature first time around.

Then, by studying where the so-called ice-lollies appeared and using past research about ice particle formation, the researchers figured out the ice-lollies’ origins and how they may even affect the weather.

Stavros Keppas, lead author, explains: “Ice-lollies are the product of the collision between an ice column and a liquid water droplet in the air. Ice splinters are created at temperatures between -3 and -8oC in the cloud and instantly freeze any water droplet they touch, creating these unusual ice-lolly shapes. The Ice crystals grow into distinctive and somewhat predictable shapes, depending on the temperature, amount of water vapour and humidity.”

Stavros thinks this kind of ice-lolly particle form on a regular basis, especially at high latitudes. However, he concedes more research is needed in these kinds of clouds to see if it is a widespread phenomenon.

He added: “More measurements are needed in this region of a cloud system to see if this is a widespread phenomenon. But recent advances in measurement techniques allow us to see meteorological phenomena with more precision than ever before. Now we can identify unique formations such as these and begin to understand their complexity even more.”

But if you’re hoping to eat one of the ice-lollies, think again, the team says they are only around a millimetre long and found at altitudes between one and two kilometres in the air. So, it doesn’t look like cloud-based ice-lollies will be replacing the more humble choc-ice and 99 cones just yet. In fact, the only chance of ever seeing one – if you don’ have a research plane – could be if it falls to earth as rain, but even that isn’t guaranteed.

But the ice-lollies do also have a purpose and could even affect the life-cycle of cloud. He added: “Ice-lollies can alter the balance between liquid water and ice in what we call mixed phase clouds, these are clouds which contain both liquid and ice. This may have a significant impact on the cloud lifetime. Ice-lollies can also impact on the precipitation formation.”