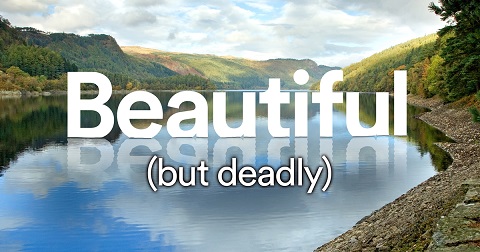 A third of people in the North West admit they would consider swimming in a reservoir to cool down, new research from United Utilities has revealed.

The North West water company, which owns 180 reservoirs across the region, conducted the research ahead of the peak summer season, when risk takers are most likely to take the plunge.

With latest statistics revealing 300 people in the UK lost their lives in 2016 due to accidental drowning (source: National Water Safety Forum), United Utilities is launching a hard hitting campaign to highlight the risks to teens and their parents.

Activity includes a specially-developed Snapchat filter, and candid video interviews with teens who have taken the plunge.

Matt Upton, United Utilities’ Water Catchment Manager said: “We’re expecting thousands of visitors to our reservoir sites this summer. We only have one condition – please stay out of the water. The last thing we want is for a fun day out to turn into a tragedy.

“While teenagers are the most likely to put themselves in harm’s way, we’ve seen adults and even parents with young children taking the plunge, not realising just how much danger they are in.

“We don’t want to stop people from having an adventurous summer. But there are much safer ways to get an adrenaline fix.”

Reservoirs, with their sudden drops, hidden machinery, unpredictable currents and freezing, muscle-numbing water can be fatal for those who ignore the warning signs.