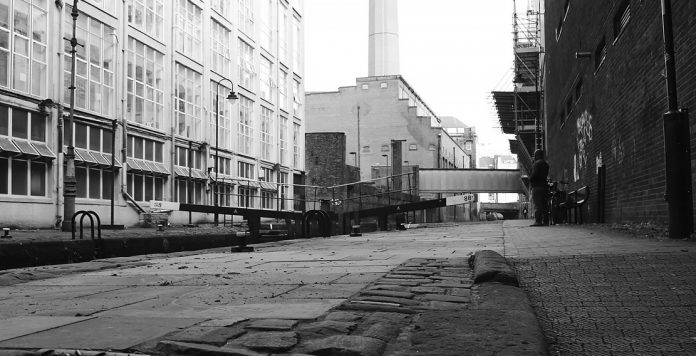 Manchester’s first dedicated film and audio documentary festival, celebrating gripping tales packed with more tension and intrigue than even the best works of fiction, will be held on 23-25th June.

Telling Tales International Film and Audio Documentary Festival, organised and hosted by Manchester Metropolitan University, is a three-day event showcasing the work of both internationally acclaimed and newly emerging documentarians.

Audio documentary is a rapidly growing genre across the world, inspiring specialist festivals in Europe and the USA. Telling Tales gives equal billing to cinema and audio work and aims to increase the profile and prestige of the audio form in this country.

Organised by the Centre for Historical and Contemporary Documentary Practice within the Arts and Humanities faculty at Manchester Metropolitan – thought to be the only undergraduate department in the country to teach historical documentary filmmaking – Telling Tales prides itself on broadcasting work by student and amateur filmmakers.

Following hot on the heels of the announcement of the International Screen School Manchester, led by Manchester Metropolitan University, with Academy Award-winning director Danny Boyle as co-chair of the industry advisory board, Telling Tales cements the university’s position as an emerging destination for creative and digital subjects.

Despite being in its first year, Telling Tales has attracted entries from ten different countries across four continents. The films address a range of contemporary and historical issues from Britain and further afield. These include:

· The premiere of Sporting Bloodlines, a documentary on the early life of Manchester boxer Anthony Crolla, from Manchester Metropolitan University historian Michala Hulme

· Breaking Borders, a portrait of the life of gay refugee and activist Ibrahim Mokdad who fled Lebanon to find freedom in Germany, produced by young Dutch journalists Barbara Vollebregt and Fatima Warsame

· Audio documentary Leaving the Fold by professional documentarian Ed Prossor, featuring interviews with formerly devout believers on what spurred them to renounce their religious faith

· Urbis, a short film by Manchester Metropolitan students exploring the city of Manchester

Awards will be handed out for best professional and student documentary in both film and audio, and an overall winner for each category will be announced on Sunday. Prizes valued at up to £16,000 are on offer.

Panel discussions and Q&As with the filmmakers are also scheduled to give further insight into the works. Festival passes are available now, ranging from £18.50 for a single day to £30 for the entire weekend, with discounted entry for students.

Telling Tales is sponsored by Hindenburg, Danish audio specialists who provide intuitive, portable software solutions for storytellers and broadcast journalists all over the world.

It is also sponsored by Derbyshire’s Torrside Brewery, and festival organisers have worked closely with HU University of Applied Sciences in Utrecht and New York’s Cooney University.

Lisa Gold, Festival Director and Lecturer in Documentary Making at Manchester Metropolitan University, said: “We want to put Manchester on the map as an international home for celebrating quality cinema and audio documentary by both new and established filmmakers.

“Through Telling Tales and the forthcoming International Screen School, we aim to attract the next generation of aspiring documentarians to Manchester Metropolitan University.

“I am delighted to see entries for the first-ever Telling Tales festival from as far afield as Peru and Australia, as well as from our very own Manchester Metropolitan students.

“Even though Telling Tales is in its first year, we are committed to making this an annual event which will showcase the very best narrative non-fiction filmmaking.”

Joins the search! Leo is lost at Central Library