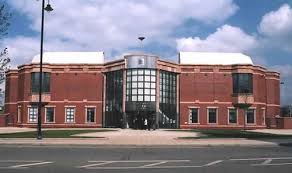 A twenty one year old man will appear at Tameside Magistrates Court today charged with murder.

Mustapha Dia of Denton Court, Denton, has been charged with the murder of 26-year-old Lala Kamara.

Lala’s body was found by the North West Ambulance Service on Saturday night at a flat in Denton Court, Denton.

Police attended and it was established that the death appeared suspicious.

Three teenagers in hospital,two in critical condition after taking drugs in Bury