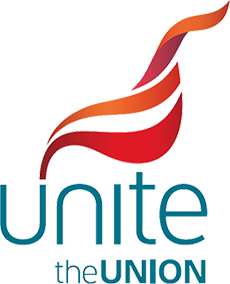 Unite, the UK largest Union will this week sign a groundbreaking agreement with Manchester city council, which requires all voluntary sector organisations operating with the support of the local authority to follow ethical employment standards.

The agreement, the first of its kind in the UK, covers all members of staff, contractors and volunteers of voluntary, community and not-for-profit organisations who are commissioned, contracted or receiving grants from Manchester city council.

There are approximately 42,000 voluntary sector workers in greater Manchester working for 16,000 charities and voluntary organisations with a combined income of £1.3 billion. While the majority,says the union,treat staff well, some have little concern for the rights and well-being of their workforce.

Other organisations which are struggling to survive place staff under great pressure in insecure employment.

All voluntary groups will have to ensure that their staff are at least paid the Manchester living wage (£8.75 an hour), workers have an employment contract and end excessive hours.

Cllr Carl Ollerhead, executive member for finance and human resources, said: “I am delighted that Manchester city council is leading the way in ensuring that voluntary and charity staff will have their pay and conditions protected.

“I hope that other authorities will follow Manchester’s lead and sign up to similar agreements to provide protection to workers for voluntary organisations.”

Unite Manchester community and not for profit branch secretary Alison Treacher said: “This is a real step forward. There are thousands of charity staff in Manchester who are on the frontline of social care, mental health, housing and other key service. Yet many of us are on poverty wages, precarious contracts and work in appalling conditions.

“This agreement can help stop these abuses. Previously, unless Unite was recognised in the workplace, charity staff could only raise complaints through their own management, potentially placing their employment at risk.

“Now they can do it confidentially through Unite and be assured that they will be taken seriously by Manchester city council, as the commissioning or grant awarding body.

“Voluntary organisations which receive any form of support from Manchester city council and which don’t comply with its ethical employment policies and fail to mend their ways will rightly lose their funding.”

Hunt for acting talent in Manchester