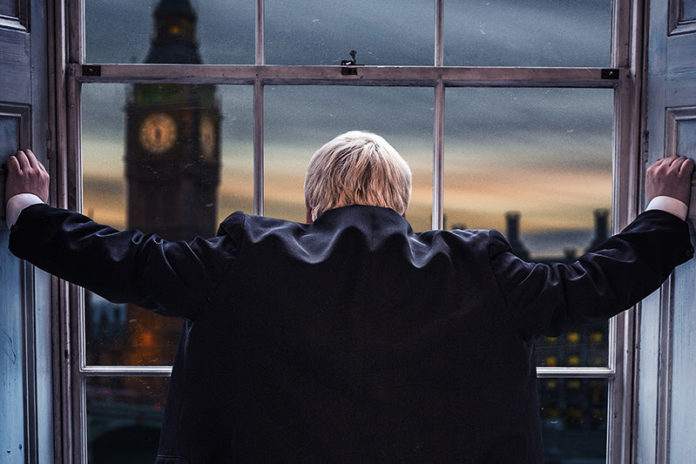 Following a sold-out run at Park Theatre, London, The Last Temptation of Boris Johnson, the new political comedy from journalist, broadcaster and playwright Jonathan Maitland will tour for the first time in 2020.  Directed by Lotte Wakeham  it will begin at Festival Theatre, Malvern from 22 January 2020.

It was the dinner that changed history: the night in February 2016 when Boris Johnson decided to vote ‘leave’. Guests included fellow MP Michael Gove, the journalist Sarah Vine and, for Boris at least, the spirits of Prime Ministers past – Margaret Thatcher, Winston Churchill and Tony Blair.

Fast forward to post-Brexit Britain, 2029.  Boris, no longer in power (for reasons that may be fact and/or fiction at time of performance!), roams the political wilderness. But unexpected events see him back in the spotlight and with a chance to “make Britain great again”. This play addresses the big questions: What will Britain look like in ten years’ time?  Is chlorinated chicken really bad for you? And what IS going on inside the head of the most divisive and controversial politician of our time?

As befits the fastest moving story of our time, the script will be updated – nightly, if necessary – to reflect events…

Jonathan Maitland says of his play, “It’s nice to have written something which unites Leavers and Remainers: the audiences so far have laughed, gasped and occasionally cried throughout!  It’s quite a brew: politics, power, sex, sovereignty and more re-writes than any withdrawal agreement! But it seems to work. Who’d have thought?”

Casting is to be announced.