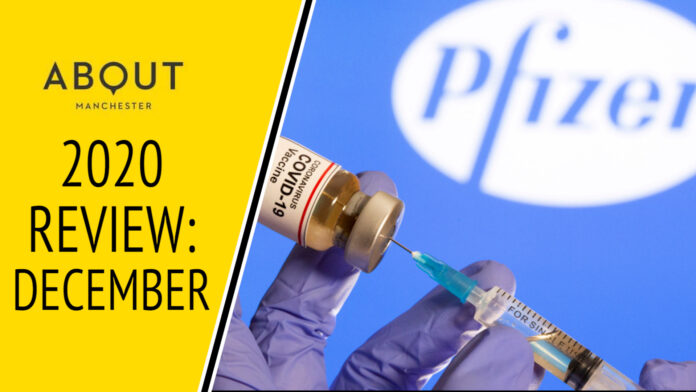 Andy Burnham said he was “not surprised but very disappointed” that his region was staying in Tier 3.

He said;  “Greater Manchester today has lower rates than Liverpool and London had when they were originally put into Tier 2. One can only conclude that it’s the changed context in London and the South East which has changed the national context which has led to everybody in the north of England staying in restrictions. It feels like if the North has rising cases, the North goes under restrictions; if London and the South East has rising cases, everyone stays under restrictions.”

Matt Hancock announced that a new variant of the virus has been identified which may be the reason for the increases in the South East.

Greater Manchester’s leaders announced they would be pressing the Government hard to move the region into Tier 2 when the gold committee met.

Sacha Lord, the Night Time Economy Adviser for Greater Manchester, once again rebuked the Government’s handling of the hospitality sector following the region’s move into Tier 3.

Greater London, parts of Essex and Hertfordshire were to placed into Tier 3 regulations from Wednesday, the Health Secretary has announced in the Commons.

The Government’s Chief Scientist Sir Patrick Vallance has admitted to a committee of MP’s that there was “no hard evidence” that imposing curfews was effective in bringing down coronavirus cases.

The NHS began vaccinating patients against coronavirus at dozens of hospital hubs this week, and staff at Stepping Hill Hospital were incredibly proud to be a part of the biggest immunisation programme in history.

The Pfizer/BioNTech coronavirus vaccine was approved by the Medicines and Healthcare products Regulatory Agency (MHRA) for use in the UK, paving the way for mass vaccination to start.

A former cage fighter was jailed for 32 years for the murder of a woman in Wigan and the attempted murder of a member of the public who tried to intervene.

The brother of a man who detonated a suicide bomb at the end of the Ariana Grande concert at Manchester arena has admitted to playing a full part in planning attack that killed 22 people, an inquiry was told.

The serial Manchester rapist Reynhard Sinaga and Joseph McCann had their jail sentences increased from 30 to 40 years by the Court of Appeal.

This Is Manchester 2020 recognised those people, heroes, places, organisations, & communities that have shown resilience and true Mancunian grit and determination. This year, four Awards have been presented including the Supernova award which went to Marcus Rashford MBE for his heroic efforts to shine a light on child food poverty.

Lewis Hamilton was crowned BBC Sports Personality of the Year 2020. He won the award for the second time claiming the honour after winning six years ago. He recieved the award after winning a record-equalling seventh Formula 1 World Championship and surpassing Michael Schumacher’s 91 Grand Prix wins.

The Best 8 Tips For Better Sleep