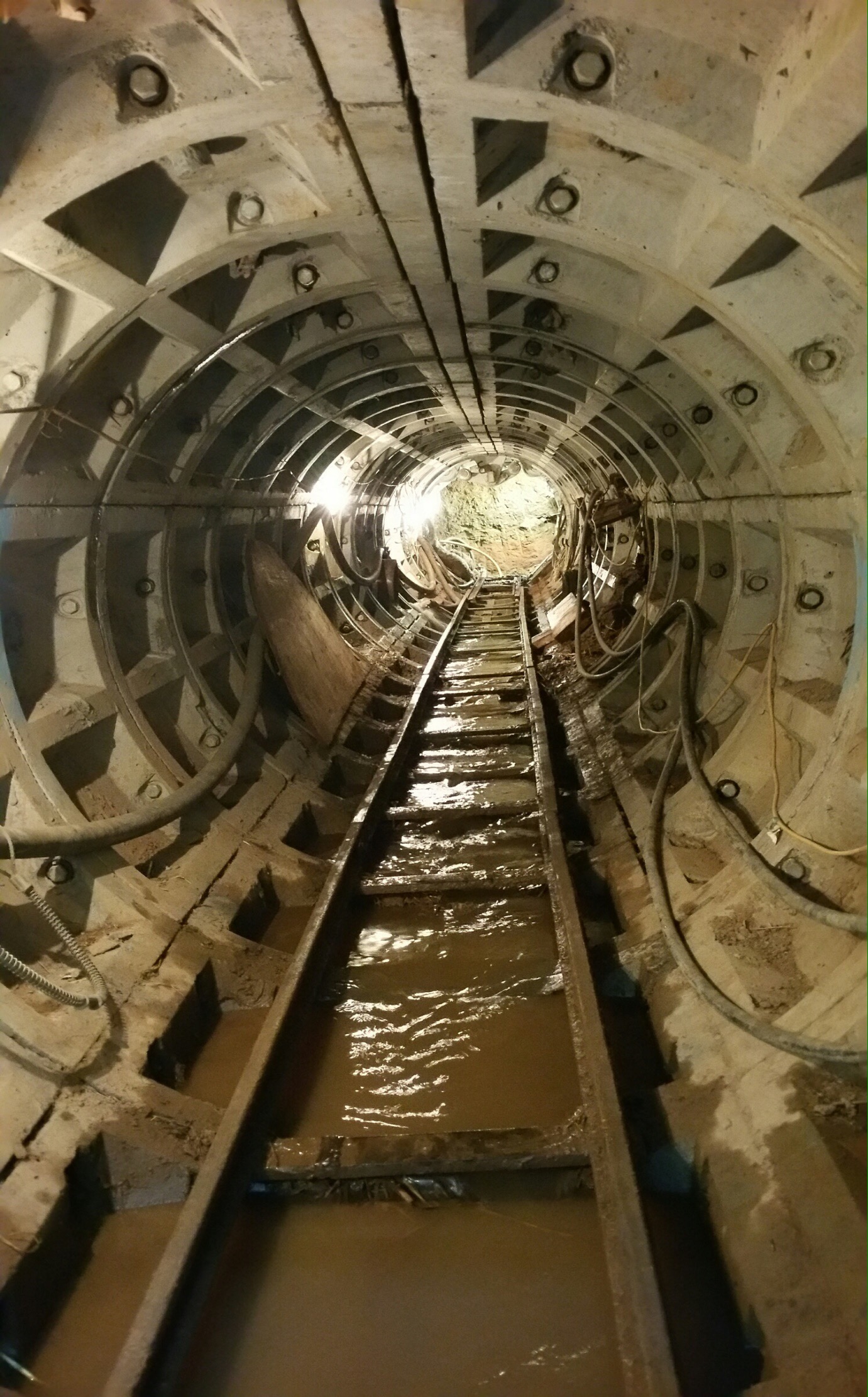 Last Friday heralded the end of work to install a new sewer system under Cross Street. Carried out by United Utilities, this significant feat of engineering also means that all utility work relating to Second City Crossing has now finished.
A huge project in scope and scale, work began in October 2014 to completely replace the old sewer system, which United Utilities estimate dated back to the late 1800’s and worked included 185m of new sewer installed, a further 567m of existing sewers re-lined, 27 new manholes and 3,386m of new clean water mains laid

While the replacement of an old sewer network was an extremely large project in itself, the fact that the work would be carried out in close proximity to the exhumation of more than 270 bodies from under Cross Street Chapel made the work even more complex.
Capital Programme Manager for United Utilities, Gary Marsh, said: “The work to completely replace the old sewer system on Cross Street was a huge undertaking. The project was essential in order for TfGM to continue their work on Second City Crossing and it also required that we continue to serve Manchester City Centre with all its fresh water and wastewater requirements while we carried out the replacement.

“There’s always a sense of accomplishment when completing any project but this one is extra special given the historical heritage that surrounded the site. We’re pleased with the results and we’re glad that we’ve been able to play a key part in enabling the Metrolink network to grow.”

Work to equip Metrolink with the ability to operate with more frequency and flexibility is now a step closer following United Utilities’ work but the substantial completion of all related utility diversions work is the result of co-operative working from all of TfGM’s delivery partners. Collectively more than 61,000 metres of new sewer, cable, duct or mains were laid – that’s longer than the M60 motorway or 500+ football pitches.

The region’s power network operator, Electricity North West, moved over 7km of underground cable and replaced two substations in the city centre while keeping the power flowing for residents and businesses during construction.

Working on mains laid in the Victorian era and working off records that were 150 years old, National Grid re-laid just over 700 metres of new gas mains while ensuring that supplies were maintained throughout.

Similarly, Openreach diverted around 50,000 metres of underground cables and constructed over 40 new chambers along where the Second City Crossing will run. The work to connect the miles of new copper and fibre optic cables to their existing network was often carried out at night to ensure minimal disruption to the city centre’s vibrant internet economy.

All work was carried out in a co-ordinated manner between all the parties involved and by ensuring that excavation sites were shared we were able to reduce the time, cost and disruption to the area during work.

Transport for Greater Manchester’s Metrolink Director, Peter Cushing, said: “The completion of utility works is a major milestone towards completion of the Second City Crossing.

Guess who’s winging their way back to Manchester Cathedral?