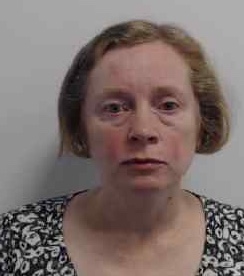 A Castleton woman has been jailed for eighteen months for a collision which left a mother unable to walk.

54 year old Sandra Parkinson was the driver of silver Ford Fiesta back in October 2017 along Manchester Road when she drifted towards the opposite carriageway and collided with an oncoming vehicle – a white Ford Fiesta.

Parkinson failed to stop and continued to travel along Manchester Road on the wrong side of the road. While going above the speed limit, she then collided head-on with a maroon Renault Clio.

The driver of the Renault Clio – Rachel Bates, a woman in her 50s – was taken to hospital in a critical condition with serious injuries to her abdomen and knee, as well as multiple fractures including to her spine.

As a result of her injuries, she had to learn to walk again.

Police Constable Karl Horner, of GMP’s Serious Collision Investigation Unit, said: “I would firstly like to commend the courage and strength of both Rachel and her family throughout this difficult time and my thoughts remain with them as they continue to rebuild their lives.

“I hope today’s sentence sends a clear message to other people that drive dangerously – your actions can have devastating consequences and those who recklessly endanger the lives of others will be brought to justice.”

Speaking after sentencing, Rachel Bates, said: “Before the incident, I was a happy wife and mother who enjoyed life to its fullest. Fast forward a year and my life has changed beyond all recognition.

“Learning to walk again is something you think you’ll never have to face and when confronted with this, I struggled enormously. But with the help and support of my family and friends – who have been a pillar of strength throughout – I am reaching new milestones every day.

“I’d like to thank those in the emergency services, especially paramedics, nurses and doctors who cared for me when I was most in need. This is not forgetting the devoted community physiotherapist who has worked with me tirelessly and encouraged me to create and achieve my goals.

“Lastly, I’d like to thank PC Karl Horner for his tremendous support, which I feel has gone beyond the call of duty. I cannot praise him enough for the professionalism, care and concern he has shown me and my family in what has been a very challenging year.”

The Government is running the risk of increasing infection rather than driving it down...