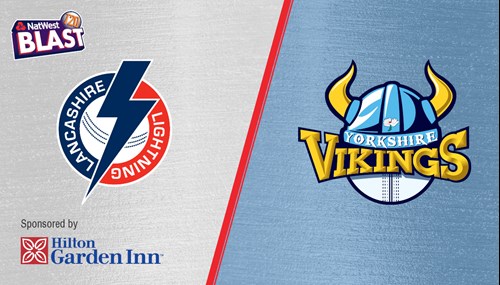 Lancashire are bidding to enhance an impressive record in home Roses matches tomorrow.

They welcome Yorkshire to a sold out 19,500 Emirates Old Trafford, the highest attendance ever for a Blast match outside of London.

The Vikings have only won four out of 12 away Roses matches, the last coming in 2014 when Aaron Finch famously hit The Point twice with huge sixes.

Lancashire are bidding for their second win in three Blast matches this summer.

After winning their opener against Durham at Emirates Riverside on Friday, they lost against Leicestershire at Liverpool on Sunday.

Lightning make it five out of six in the blast