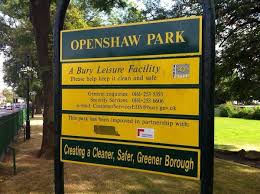 A sixty one year old man has become the fourteenth person to be arrested in connection with an investigation into child sexual exploitation in Bury.

The investigation codenamed Burgos began back in June 2017 led by the Phoenix CSE team in Bury, has been working to identify offences and suspects to provide specialist support to victims.

Police officers received reports that children around Clarence Park and Openshaw Park were being plied with alcohol and drugs then sexually abused by groups of men.

There are increased police patrols in the area and officers are working with the community as part of a wider disruption plan.

Earlier this morning, Tuesday 15 May 2018, a 61-year-old man has been arrested on suspicion of inciting child sexual exploitation and remains in custody for questioning.

Detective Inspector Jon Kelly of GMP’s Bury borough, said: “Today we have been able to take positive action as a result of information we’ve received from the community and our partner agencies.

“We have identified around 17 victims of these CSE offences and while this number may increase as the investigation continues, we’ll ensure that every victim receives the support they need at this difficult time.

“We will continue in our work to identify the people who target vulnerable children and ensure that the victims are able to access the right support.”

Anyone with information should contact the Bury Phoenix Team on 0161 856 8002 or 101, or alternatively, make a report anonymously through the independent charity Crimestoppers on 0800 555 111.