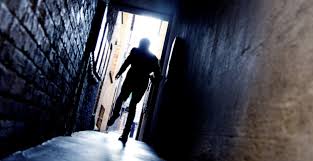 Beverley Hughes, Deputy Mayor for Policing, Crime, Criminal Justice and Fire, was reacting to Home Office statistics, revealed today , which show a continued rise in recorded crime across the city-region.

The statistics show a 27 per cent increase in total recorded crime in Greater Manchester, with a rise across the majority of crime types, including sexual offences and robbery.

The Deputy Mayor said: “Official statistics once again show a substantial increase in recorded crime. While some of this is down to improvements in how the police record crime, these figures highlight the increasing demand on policing, and the impact on communities.

“But while our police officers and staff remain committed to protecting our homes and streets, over-stretched resources and the changing nature of crime means our communities are bearing the brunt of the Government’s failure to fund the police fairly – and that is simply unacceptable.”

The Deputy Mayor added: “Just last week, 250 GMP officers were pulled out of Greater Manchester to police a national operation for President Trump’s visit to the UK, taking away vital resources from local people here at a time when our emergency services are faced with unprecedented demand.

“The Government has to stop taking our police service for granted and realise the impact that years of cuts and tumbling officer numbers is having on our communities.”

Baguley man charged with causing death by dangerous driving after his passenger killed when...