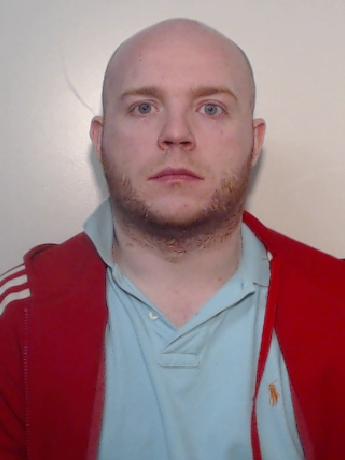 A man who mowed down two people following a confrontation in Manchester City Centre has been jailed for 12 years.

31 year old Aaron McDonald, aka Aaron Burgoyne, formerly of Blantyre Street, Manchester was jailed at Manchester Crown Square on Friday after being found guilty of assault.

During the course of his trial, the court heard how McDonald became involved in a heated argument with a man on Bloom Street after a night of drinking in a number of bars in The Village.

McDonald walked off after being kicked and got into his Vauxhall Corsa which was parked nearby and drove directly at a group of pedestrians, which included the man he had been arguing with.

The car hit the man, forcing him onto the bonnet of the vehicle, and continued driving. A short distance later McDonald hit the brakes, forcing the victim to fall off the bonnet before the car then drove over him.

A woman was also injured during the incident.

McDonald then fled the scene in the car before parking up on Oxford Road and walking home, where he drank more wine and fell asleep on the sofa.

Police officers later attended McDonald’s house and arrested him, at which point he admitted what he had done and proclaimed “I was driving the car, I was waiting for yous to turn up, I know what I’ve done it’s my mistake”.

During interview he claimed that he hadn’t planned to run anyone over and fully intended to contact police and report what had happened.

Detective Constable Matt Cooper, of GMP’s City of Manchester Division, said: “McDonald’s decision to get in his car despite having been out drinking put the lives of not only the people he targeted in danger, but everyone walking on that street that morning.

“Getting into a car under the influence of alcohol and with the intention of using it as a weapon is completely unacceptable and he is lucky that he didn’t kill the man he drove into.

“He will now have to spend the next 12 years living with the consequences of his actions.”

Police searching for stocky/chubby build man in his 30’s who assaulted a woman walking...